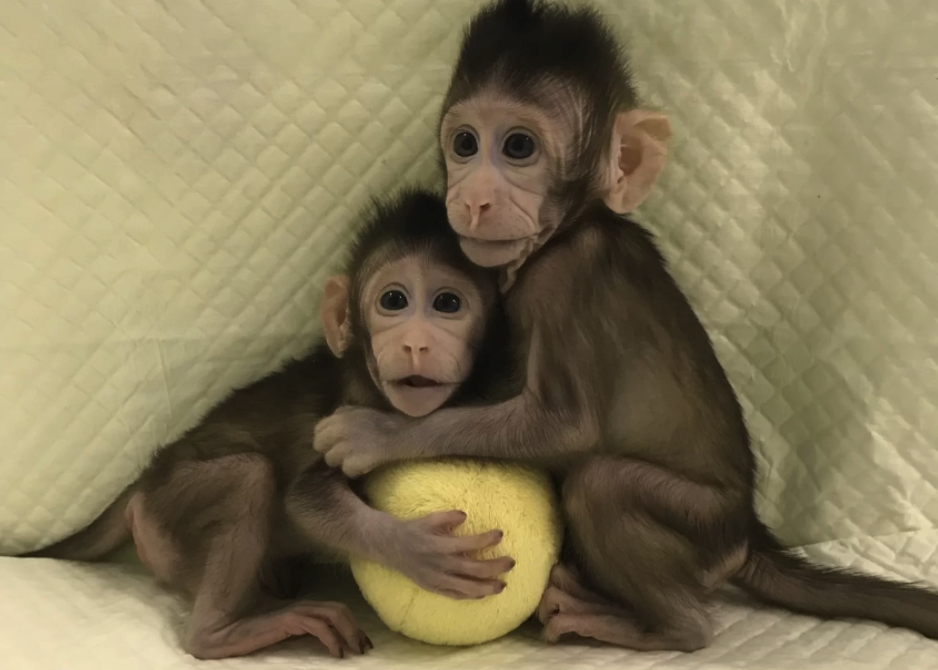 It was almost exactly one year ago today that Chinese scientists revealed that they had successfully cloned a monkey, resulting in the live births of two genetically identical babies. It was a monumental achievement that brought with it a whole minefield of ethical questions and very few answers, and now things are getting even more complicated.

In a new announcement, also out of China, researchers reveal that they’ve cloned a handful of new monkeys as well, but this time around the donor monkey was genetically modified to exhibit specific disorders associated with hormone imbalance and mental health.

In a pair of new papers published by the scientists, the team describes the successful cloning effort using somatic cell nuclear transfer while also noting that the cloned monkey exhibited the same circadian-related symptoms as the donor monkey. The donor was engineered to be born with an altered gene that causes mental disorders and symptoms akin to anxiety and depression, and even schizophrenic habits.

The research actually cloned over 300 embryos which were implanted into dozens of surrogate mothers to carry them. 16 pregnancies resulted but just five live births followed. The baby monkeys all exhibited the same symptoms as their predecessor, which is actually exactly what the researchers were hoping for.

“We believe that this approach of cloning gene-edited monkeys could be used to generate a variety of monkey models for gene-based diseases, including many brain diseases, as well as immune and metabolic disorders and cancer,” Qiang Sun, senior author of the research, said in a statement.

The team suggests that by cloning genetically modified animals for medical testing they can more quickly and easily see what kind of treatments work or don’t work, and monitor for side effects with greater accuracy. However, as you might have already guessed, this news isn’t sitting well with those who are trying to maintain ethical standards in research related to genetics and cloning.

Genetically modifying monkey embryos so that the resulting animals suffer from various diseases is potentially troubling. Creating exact copies of those animals to effectively build a stock of suffering animals for testing is even more creepy. But do the potential benefits of being able to develop treatments for suffering humans outweigh the negatives? That’s something that scientists are still debating, and will likely to continue to debate for a while.