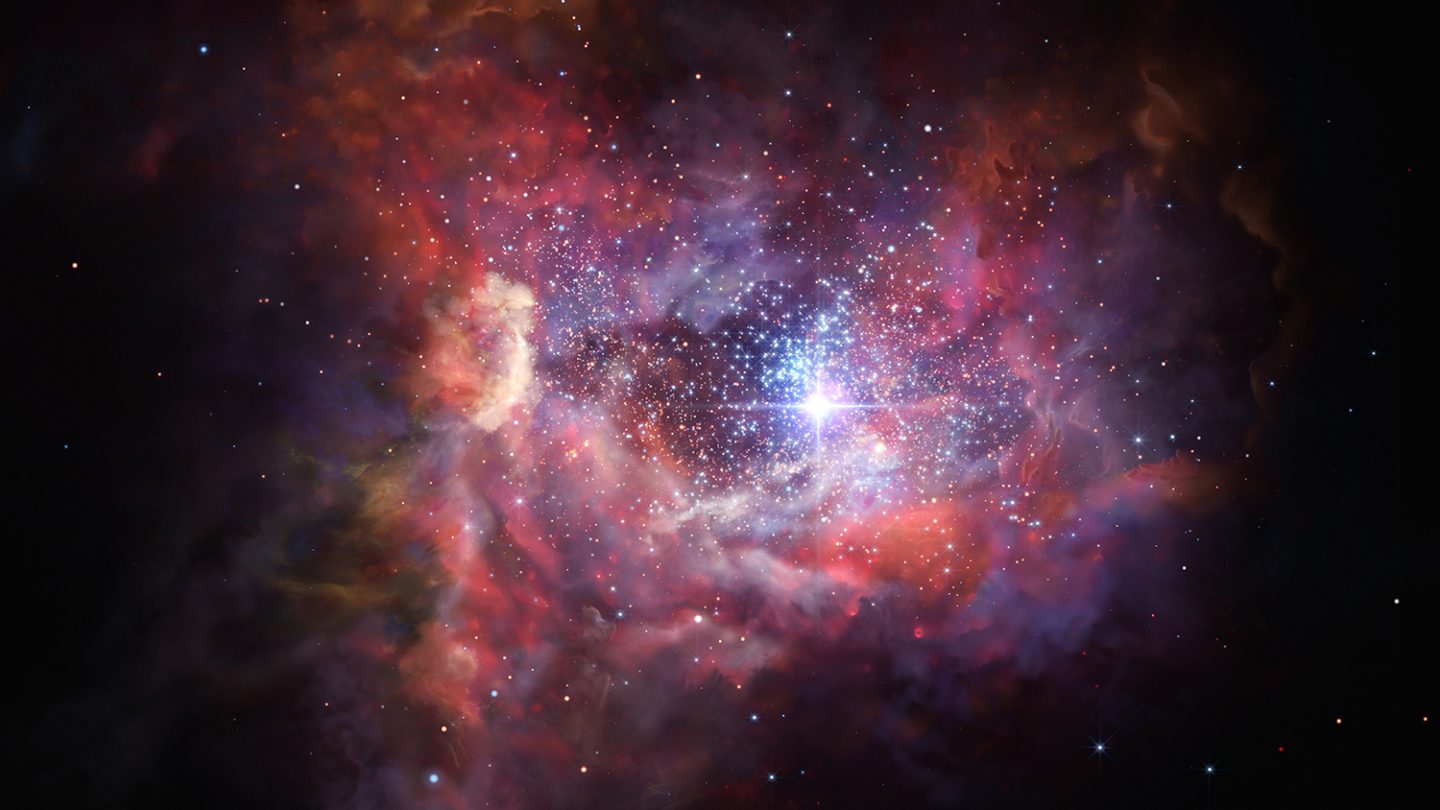 It’s always a bummer to find out you’re not as special as you thought you were — like when you scored great on an exam in school only to realize the entire class aced it, too — and now the entirety of our planet, our Solar System, and even the Milky Way itself has to deal with that harsh reality. Researchers have just revealed that the arrangement of dwarf galaxies around the Milky Way, which was once thought to be a pretty special thing, might actually be totally normal and boring. Bummer.

The new study, which was published in Science, reveals something important about the layout of the pint-sized galaxies hanging around the perimeter of the Milky Way. Astronomers have long known that the smaller galaxies are arranged in a flat plane, much like the planets around a star, but physics suggested that such a thing should be incredibly rare. Well, it apparently isn’t.

Nature is random and while it does play nice with scientific laws we’ve established to be true, it doesn’t follow patterns all that often. Our best models of the universe suggest that dwarf galaxies drawn in by larger ones like the Milky Way should exist in an unpredictable arrangement — that is, they should be flying in all different directions, tumbling in three dimensions around a central point.

The dwarf galaxies around the Milky Way lay in a flat plane, and scientists eventually discovered that the dwarf galaxies around nearby galaxy Andromeda were also positioned in a similar way. Still, this could just be happenstance, and there was nothing to suggest that these two galaxies aren’t simply oddballs. Now, a survey of Centaurus A, a galaxy that rests some 13 million light years from Earth, reveals that it, too, has a big flat row of dwarf galaxies in its perimeter.

“We showed that these structures are more common that we thought,” Oliver Müller, lead author of the study, explains. “Until now it was thought that, okay, this is just a peculiar thing around the Milky Way and Andromeda. But now we show that these things show up in other isolated systems. So now we need an explanation for this kind of structure. I’m excited to see what people will come up with now to explain it.”

So, why do these dwarf galaxies have a habit of falling into a flat ring around larger galaxies? The short answer is that science really has absolutely no idea. The longer answer is something we’ll have to wait to find out.