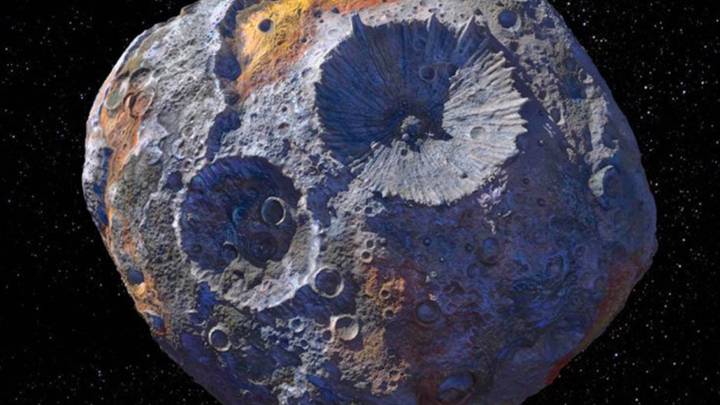 We don’t think about it often, but there’s something very large and very important hanging out between Mars and Jupiter. It’s not a secret planet that scientists have been keeping from us — though that would be pretty cool, to be honest — it’s a massive asteroid belt. Within that asteroid belt is a space rock known as 16 Psych, and it’s a serious heavyweight.

Psych measures roughly 140 miles in diameter, making it one of the largest objects in the asteroid belt, but its size is only part of the reason that it’s so interesting. Psych has an incredibly high metal content, and while many asteroids have high concentrations of metal, new research suggests that Psyche might be entirely made up of metal, meaning that it might have a very exciting history.

In a new study published in The Planetary Science Journal, researchers reveal more details about Psyche and help to hammer home some previous observations with additional evidence. It seems increasingly clear, especially after this latest round of research, that the space rock is the leftover husk of a failed planet that never formed. That’s pretty incredible when you think about it, as we’re essentially looking at a baby planet frozen in time, never living up to its potential.

“We’ve seen meteorites that are mostly metal, but Psyche could be unique in that it might be an asteroid that is totally made of iron and nickel,” Dr. Tracey Becker, author of the study, said in a statement. “Earth has a metal core, a mantle and crust. It’s possible that as a Psyche protoplanet was forming, it was struck by another object in our solar system and lost its mantle and crust.”

The researchers used UV instruments to observe the surface of the asteroid and get a better idea of its metal content. They found that, as far as they can tell, it’s basically all metal. And not just any metal, but nickel and iron, which tend to be pretty valuable here on Earth. In fact, if you took the weight of the asteroid in metal, and attempted to draw up a value for that amount of material, you’d come up with a seriously ridiculous figure.

Of course, figuring out how to mine another planet, much less an asteroid, is still something that scientists and engineers are puzzling over. Nevertheless, it’s been said that the richest person on Earth may eventually be the person who figures out how to mine asteroids, so I’m sure there are plenty of people working on the problem as we speak.