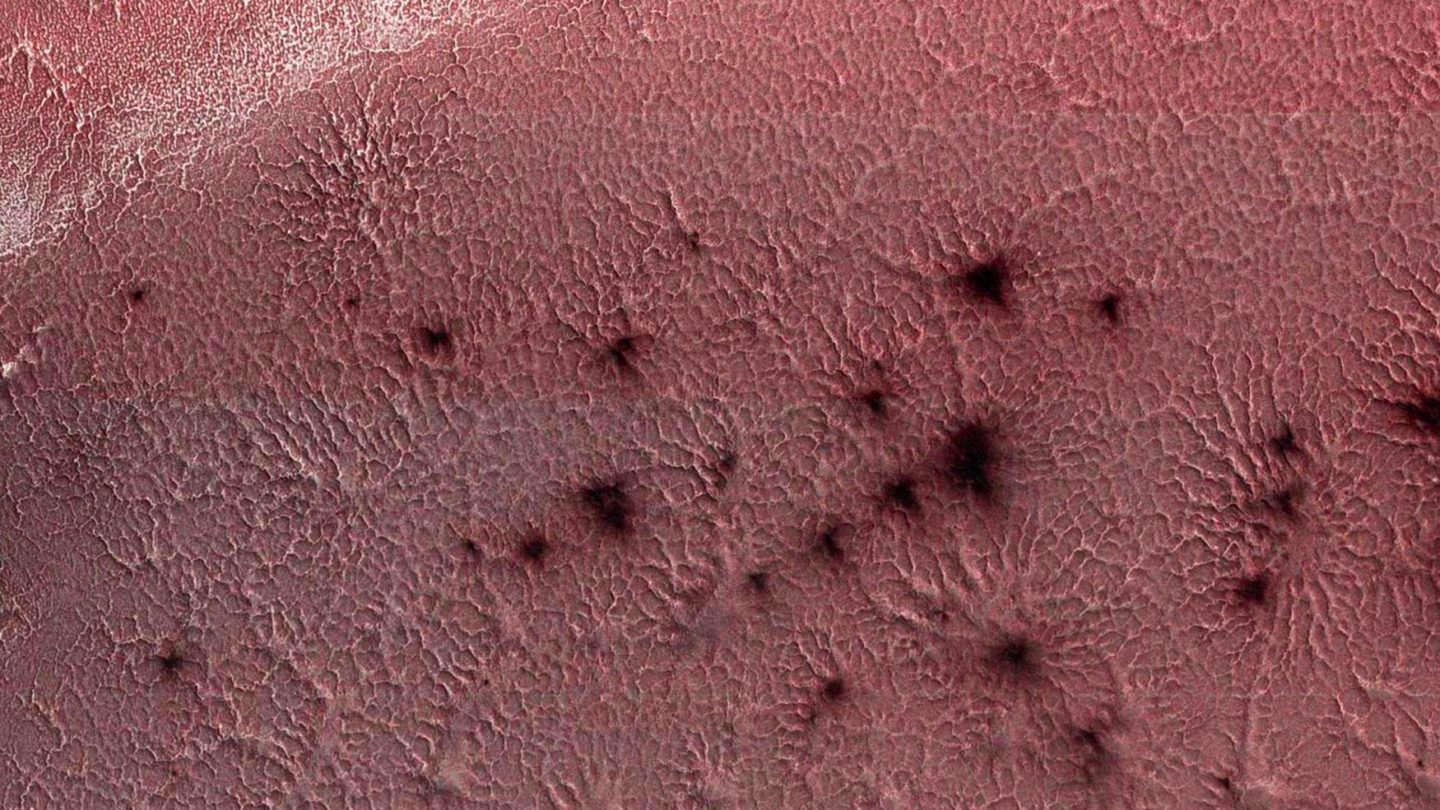 When you see Mars from afar it’s easy to assume it’s just a featureless red rock, but once you take a closer look at the surface you can find some pretty interesting things. One of the more bizarre sights scientists have spotted on the planet’s surface are the so-called “spiders,” which appear as dark blobs surrounded by worm-like disturbances in the Martian soil. They’ve been a total mystery to researchers and since nothing like them appears on Earth, nobody could explain how they formed. That is, until now.

A new study published in the journal Scientific Reports explains how experimentation led to the ability of researchers to replicate the strange spider-like features right here on Earth. As it turns out, the spiders are likely a byproduct of shifting seasons on Mars. When the temperature changes, it can have a dramatic effect on the surface and whatever is inside of it, and in this case that means CO2.

The science team began experimenting with things that are already known to exist on Mars, including CO2. The atmosphere of Mars is largely made up of CO2 and, when the temperatures plummet during the Martian winter, that CO2 gets cold enough that it turns into ice. Any CO2 ice on the surface eventually warms up when the seasons change again and it turns directly from a solid into a gas via a process known as sublimation.

When testing CO2 sublimation in a “Mars simulation chamber” that included various granular substrates, the team found that dry ice converting into a gas actually generates a similar pattern

“The research team drilled holes in the centres of CO2 ice blocks and suspended them with a claw similar to those found in arcades, above granular beds of different grain sizes. They lowered the pressure inside a vacuum chamber to Martian atmospheric pressure (6mbar) and then used a lever system to place the CO2 ice block on the surface,” a press release accompanying the paper explains.

So, if the surface is much warmer than it needs to be for sublimation to occur, the outflow of gas from beneath the dry ice will essentially carve out surface material, forming the spider-like shapes. But how would the surface reach that temperature if the seasonal changes are so gradual? The researchers hypothesize that sunlight may actually pass through the ice and heat up the ground beneath it.

It all makes sense, but without actually seeing the process play out on the surface, the researchers can’t be 100% sure that their theories are correct.