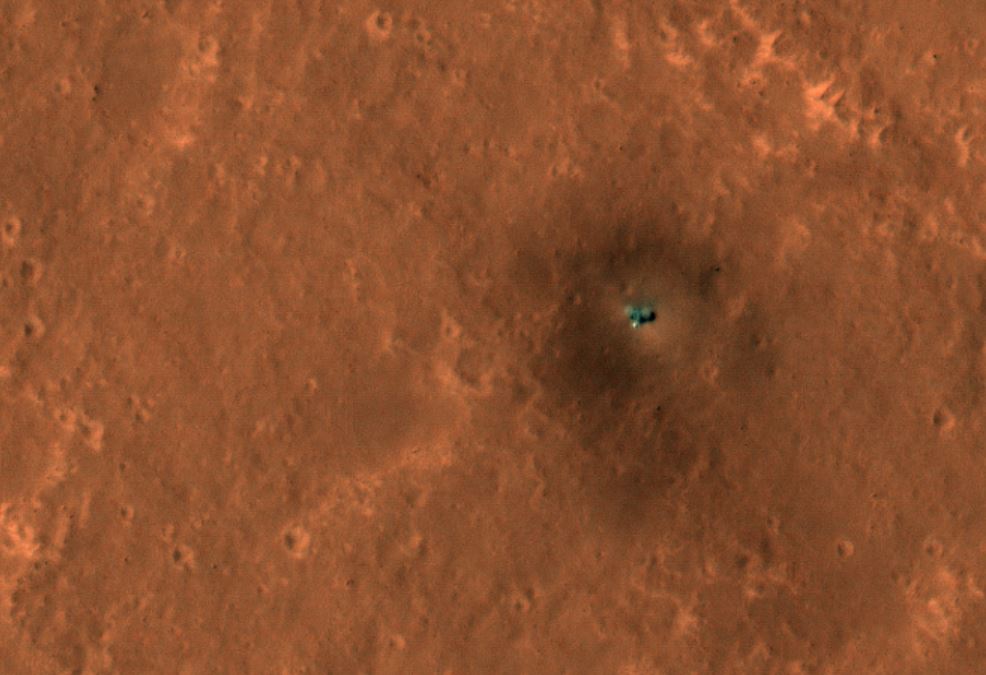 It wasn’t that long ago that the idea of having a single functioning machine on Mars was little more than a dream for scientists. Today, NASA has a whole bunch of hardware on and around the Red Planet, and sometimes they catch a glimpse of one another as they go about their business.

In a new post by NASA’s Jet Propulsion Laboratory, we get to see both the InSight lander and the Curiosity rover doing their thing from afar thanks to NASA’s Mars Reconnaissance Orbiter and its HiRISE camera. The images are nothing short of spectacular.

The two images tell their own unique stories. First, we have the InSight lander, sitting in a semicircle of dark dust that was kicked up when the spacecraft touched down on the planet:

The lander doesn’t travel, and it’s doing all of its work from its stationary perch on a flat area of Mars. It will remain there for, well, forever, but it still has a lot of work to do before NASA moves on.

Then there’s Curiosity, which is very, very mobile. The rover has already traveled a considerable distance since touching down on Mars, and it’s currently exploring a mountainous region situated inside a colossal impact crater. Here we can see images of the rover at two different locations, one of which was captured during a previous pass by the MRO:

The Mars Reconnaissance Orbiter has been hanging around Mars for a very, very long time. The spacecraft was originally launched back in 2005 and arrived at Mars in 2006. Its primary mission lasted two years, but the spacecraft had plenty of life. Today, the orbiter is celebrating its 13th year in orbit around the Red Planet, and NASA says it has enough fuel to keep it ticking for at least another decade.