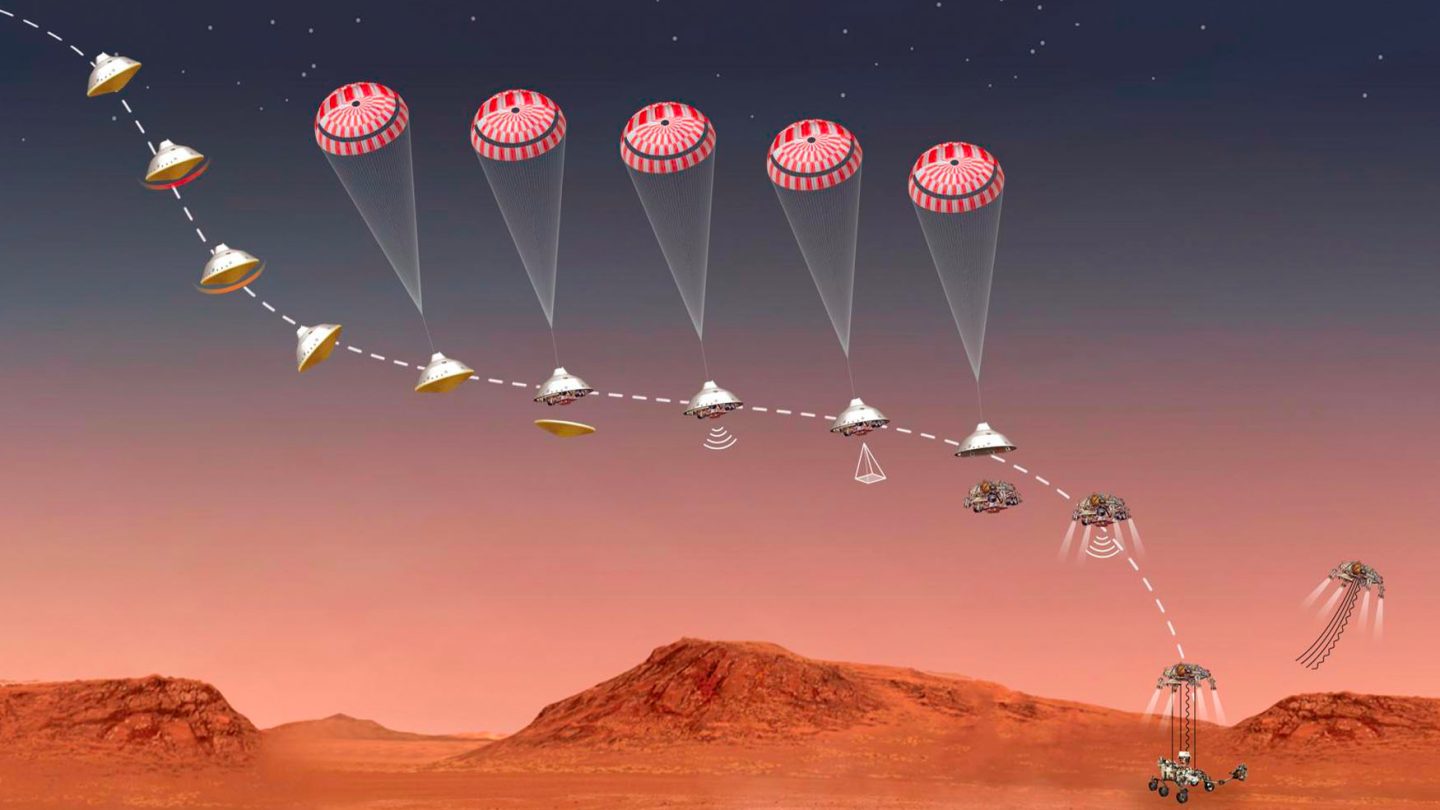 When NASA launched its Mars 2020 mission last year it was the end of one chapter and the beginning of another. The mission, which has been traveling through space for the past several months, is slated to arrive on the Martian surface on February 18th, and NASA is counting down the seconds until that touchdown happens.

One of the biggest hurdles that still exists between NASA and a successful Mars 2020 mission is the landing of the rover capsule itself. The so-called “seven minutes of terror” that NASA often speaks about regarding the landing is essentially a seven-minute window where the spacecraft will begin its descent and, if all goes as planned, deliver the most technologically advanced machine ever built for space exploration to the surface of the planet.

In a new blog post, NASA offers a glimpse at where the mission stands, and the potential pitfalls in its way:

The spacecraft has about 25.6 million miles (41.2 million kilometers) remaining in its 292.5-million-mile (470.8-million-kilometer) journey and is currently closing that distance at 1.6 miles per second (2.5 kilometers per second). Once at the top of the Red Planet’s atmosphere, an action-packed seven minutes of descent awaits – complete with temperatures equivalent to the surface of the Sun, a supersonic parachute inflation, and the first ever autonomous guided landing on Mars.

Because of the distance between Mars and Earth, controlling the spacecraft in realtime is out of the question. Commands would take minutes to make it to their destination, so it’s up to the spacecraft to account for any variables that could threaten the descent and landing.

If the spacecraft is successful, and the landing goes off without a hitch, the potential for new discoveries on Mars is huge. The Perseverance rover is the most advanced piece of hardware ever sent to Mars, and it will be able to tell scientists things about the Red Planet that have never been studied in such a way before.

“Perseverance’s sophisticated science instruments will not only help in the hunt for fossilized microbial life, but also expand our knowledge of Martian geology and its past, present, and future,” Caltech’s Ken Farley, a scientist working on the Mars 2020 mission, said in a statement. “Our science team has been busy planning how best to work with what we anticipate will be a firehose of cutting-edge data. That’s the kind of ‘problem’ we are looking forward to.”

We can’t wait to see what happens.