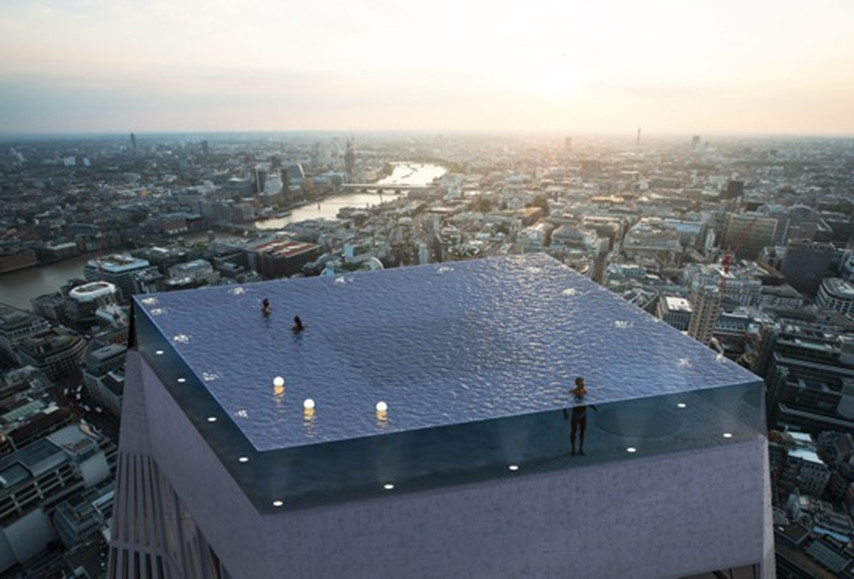 Have you ever visited a hotel and thought to yourself “Boy, this place would be so much better if the entire roof was a pool”? Well, if you happen to live in the United Kingdom, today is your lucky day!

Compass Pools, a UK-based pool maker, is currently hashing out what it calls the “Infinity London,” a 55-story skyscraper topped with a 360-degree pool with transparent walls. The building, which was designed from top to bottom by the company, will include a five-star hotel, and the pool is expected to be the main attraction.

Making a pool suitable for sticking atop a 55-story building posed some serious technical hurdles for the company, but they think they’ve got it all figured out. Rather than glass, the entire pool will be made of acrylic, with a transparent bottom that will allow visitors on lower floors to see the pool and swimmers high above. 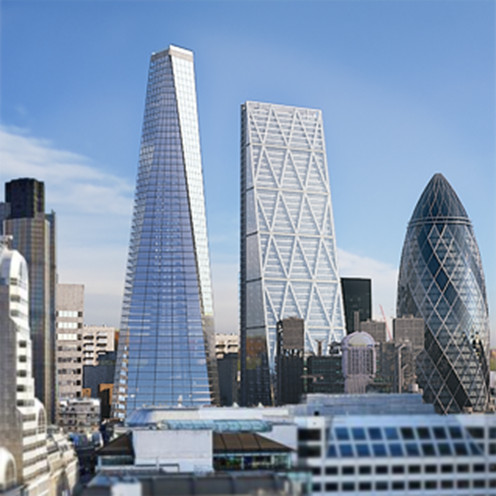 Getting into and out of the pool would be easy with some kind of external staircase, but the building’s designers didn’t want to clutter the side profile of the structure with such things. “Normally a simple ladder would suffice, but we didn’t want stairs on the outside of the building or in the pool as it would spoil the view – and obviously you don’t want 600,000 litres of water draining through the building either,” the company says.

Compass Pools came up with a different idea, which they say is based on the airlock of a submarine. It’s described as “a rotating spiral staircase” that will “[rise] from the pool floor when someone wants to get in or out.” The company says the Infinity London could be under construction as early as 2020 “if all the partners and contractors are confirmed.”

It’s all incredibly strange and awesome and terrifying at the same time. The company, which calls the experience “death-defying swimming,” is clearly betting that plenty of people will be willing to take the chance.