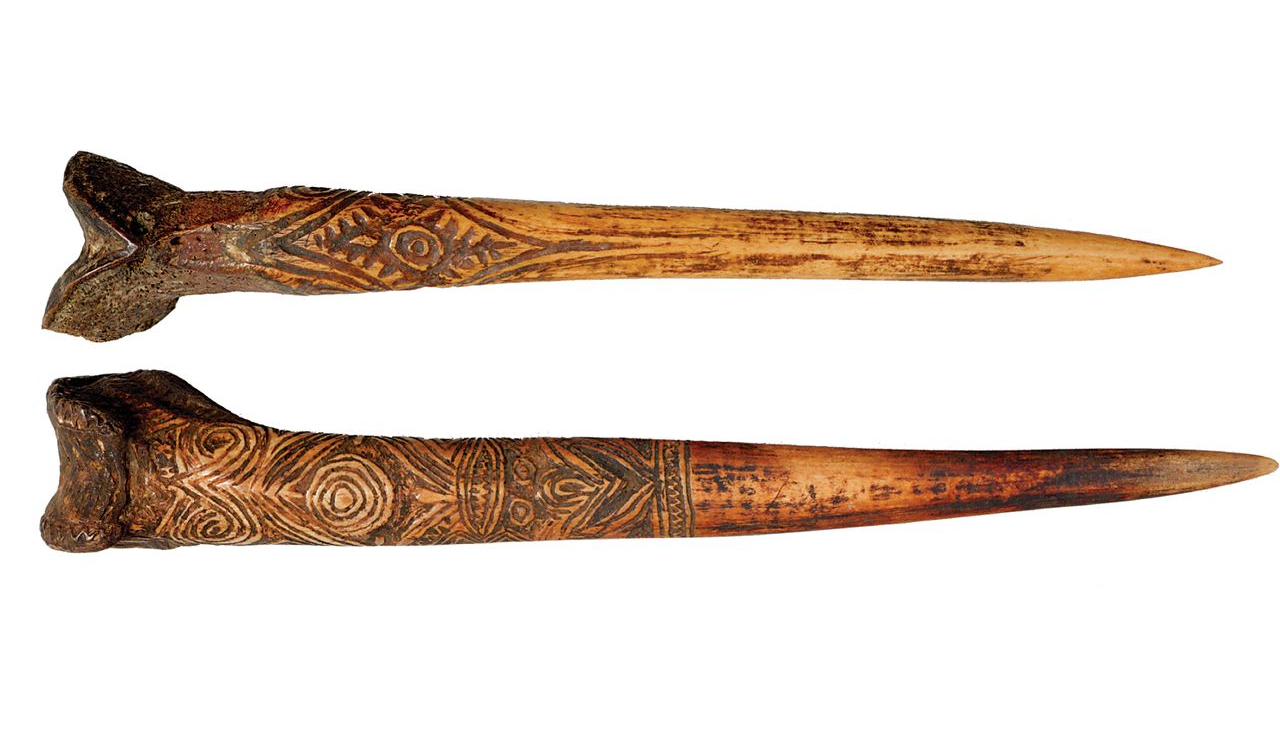 Mankind has a habit of getting into conflicts. Even our earliest human ancestors found ways to make weapons out of whatever was lying around, and new research in New Guinea reveals that human bones actually made for some of the best, most durable weapons around.

Daggers made from the bones of deceased humans have been found in archeological sites, and many of them bare elaborate decorative touches. But these weren’t just display pieces; Scientists decided to test just how well a human bone serves in hand-to-hand combat and discovered that they can be incredibly deadly when carved.

The study, which was published in Royal Society Open Science, tested the durability and lethality of human bone daggers in an attempt to figure out whether they were primarily symbolic artifacts or truly deadly weapons. What they discovered was that human bones fashioned into pointed instruments are incredibly strong, even when compared to similar daggers made from the bones of other animals, and certain human bones are better as weapons than others.

Thighbones, it turns out, are the best of the best, demonstrating superior strength and resistance to bending than any other option. How did the scientists figure this little detail out? By using a bone dagger themselves, of course!

They bought a bone dagger made from the leg bone of the Cassowary, a large ground-dwelling bird, and put it through a series of tests, including using it to stab a urethane model to see how well it would hold up if stabbed into a human joint. The researchers also created full-scale models of other ancient daggers, including those made from human femurs, which were then tested for their strength and structural integrity. They compared daggers made from a human femur to those made of the legbone of a Cassowary and determined that the thighbone daggers were the best weapons.

“We found that human and cassowary bones have similar material properties and that the geometry of human bone daggers results in higher moments of inertia and a greater resistance to bending,” the researchers write. “Data from finite-element models corroborated the superior mechanical performance of human bone daggers, revealing greater resistance to larger loads with fewer failed elements.”

Human daggers were often made from the remains of prestigious individuals, which the researchers believe made them particularly sought-after. The practice of making such weapons has long since fizzled out, but once upon a time your thigh could have become a prized weapon of war. Neat?