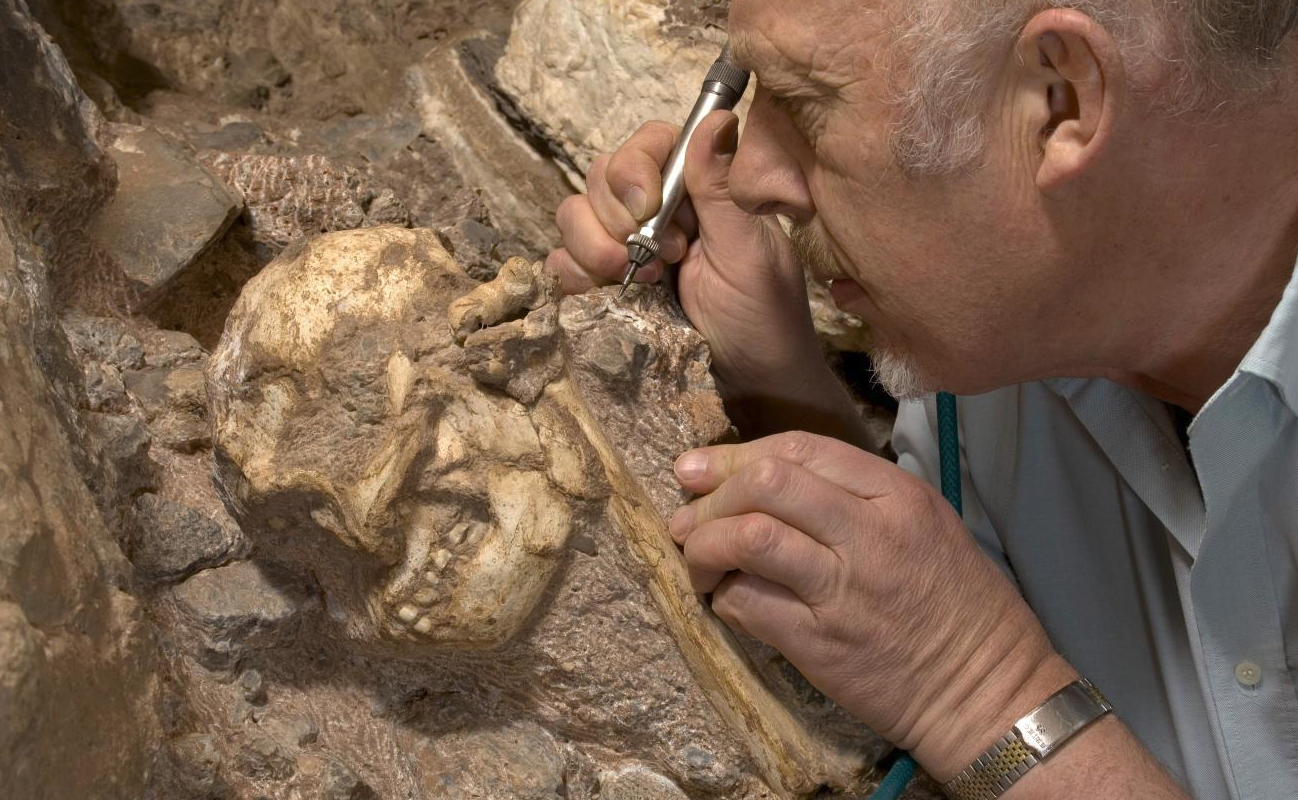 Archaeologists have found many, many examples of ancient human ancestors over the past few centuries, and while most of the time the skeletal remains are at least identifiable, they’re rarely complete. In a remarkable reveal by researchers scouring South Africa, the most complete example of a human ancestor older than 1.5 million years has been found, and by “older” I mean a lot older.

The skeleton — which has been nicknamed “Little Foot” by its discoverer, Professor Ron Clarke of the University of Witwatersrand in Johannesburg, South Africa — is thought to be a whopping 3.6 million years old. That makes it one of the oldest human ancestors found, while also being the most complete example of the link in the human evolutionary chain known as Australopithecus.

Portions of the fossilized skeleton were initially found way back in the mid 1990s by miners blasting into the area to gather lime. The bone fragments that were discovered in the rock led researchers into the cave in the hopes of finding additional fossil evidence, and by 1997 the team knew they had found something amazing. In the two decades since, archeologists have uncovered the entire skeleton, removed it from the Sterkfontein cave system, and prepared the well-preserved bones for their big debut, which took place today.

“This is one of the most remarkable fossil discoveries made in the history of human origins research and it is a privilege to unveil a finding of this importance today,” Clarke says. “The process required extremely careful excavation in the dark environment of the cave. Once the upward-facing surfaces of the skeleton’s bones were exposed, the breccia in which their undersides were still embedded had to be carefully undercut and removed in blocks for further cleaning in the lab at Sterkfontein.”

With two decades worth of study on the fossils, the team led by Clarke is preparing a series of scientific papers to reveal all the details. Those papers are expected to come over the course of the next year or so, but today’s announcement of the fossil’s existence is already enough to excite many. The finding will surely help to reinforce many of the theories of human evolution that pin Africa as the cradle of humanity.