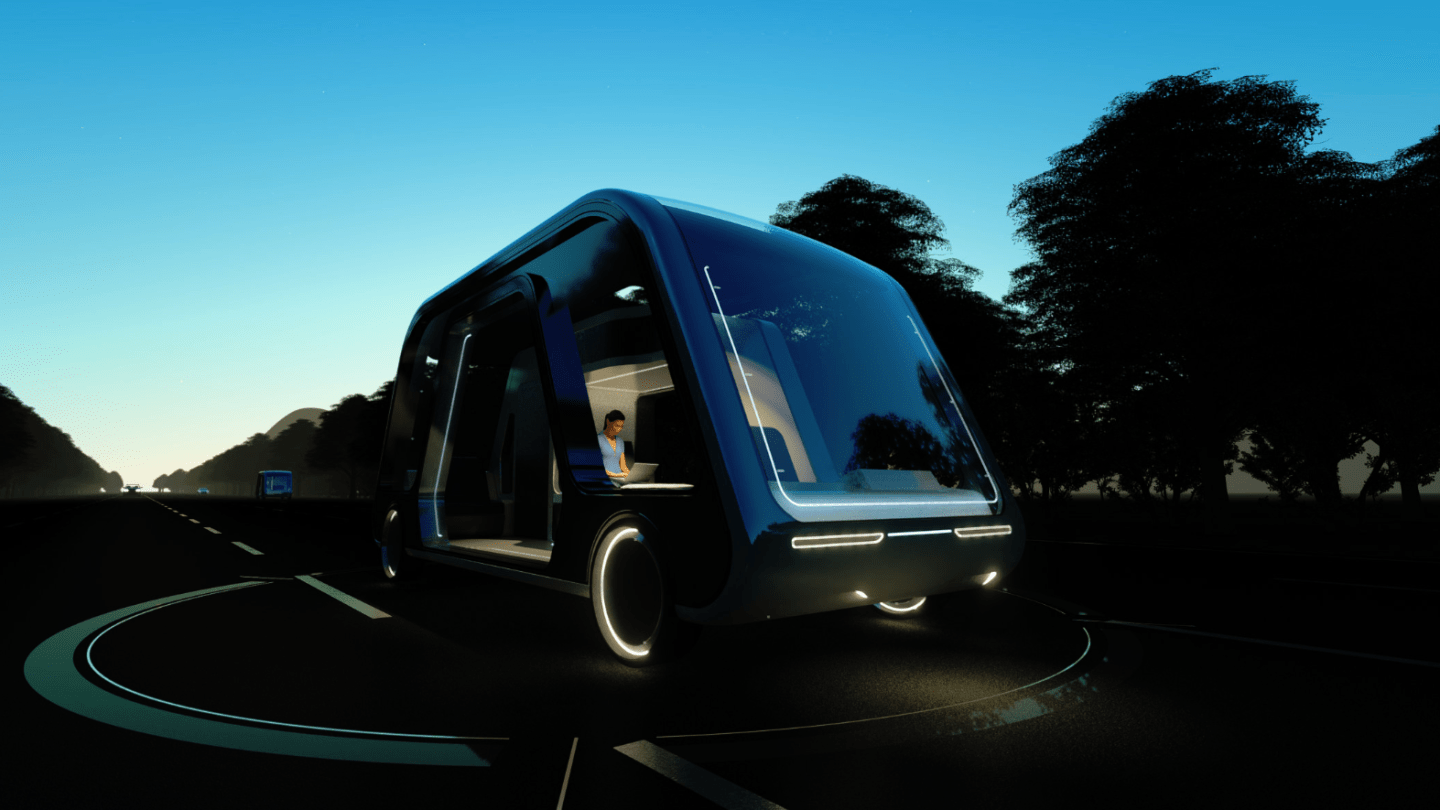 The “Uber for everything” boom in tech has led to plenty of on-demand solutions for everyday life, but one problem we didn’t even know existed is apparently mobile hotel rooms. A new concept for a rolling room just won an award for its forward thinking, but will it ever become a reality? We have out doubts.

The concept is called the Autonomous Travel Suite, or ATS for short. It comes from the mind of Steve Lee of the Aprilli Design Studio and it’s largely based on the self-driving vehicle technology of the future. The idea here is that instead of riding along in a car-like seat while a computer takes you to your destination, you’re actually free to move around the over-sized cabin.

The vehicle is quite large and features multiple distinct areas, much like you’d find in a compact hotel suite. You can kick back on the bed, get some work done on a desk, or fix yourself a quick bite to eat in a pint-sized kitchenette. There’s also a living area for watching streaming entertainment and even a small bathroom on board.

Now, to be clear, this thing isn’t actually being built… at least not yet. It’s purely conceptual, but Lee seems to have done a good bit of thinking about how such a system could become a sustainable business. Once truly autonomous vehicle technology is widely available, these so-called “Autonomous Hotels” could pick you up at your home or other location and then whisk you away on a trip of up to 10 hours, arriving at your destination without requiring the downtime of a car ride or hassle of an airliner.

According to CNN, Lee is already in touch with automakers to better hone his concept and get an idea of how recharging each hotel pod might work. Of course, this is all assuming that self-driving tech continues to advance at its current pace, and that laws and restrictions placed on driverless cars become a bit more lax.