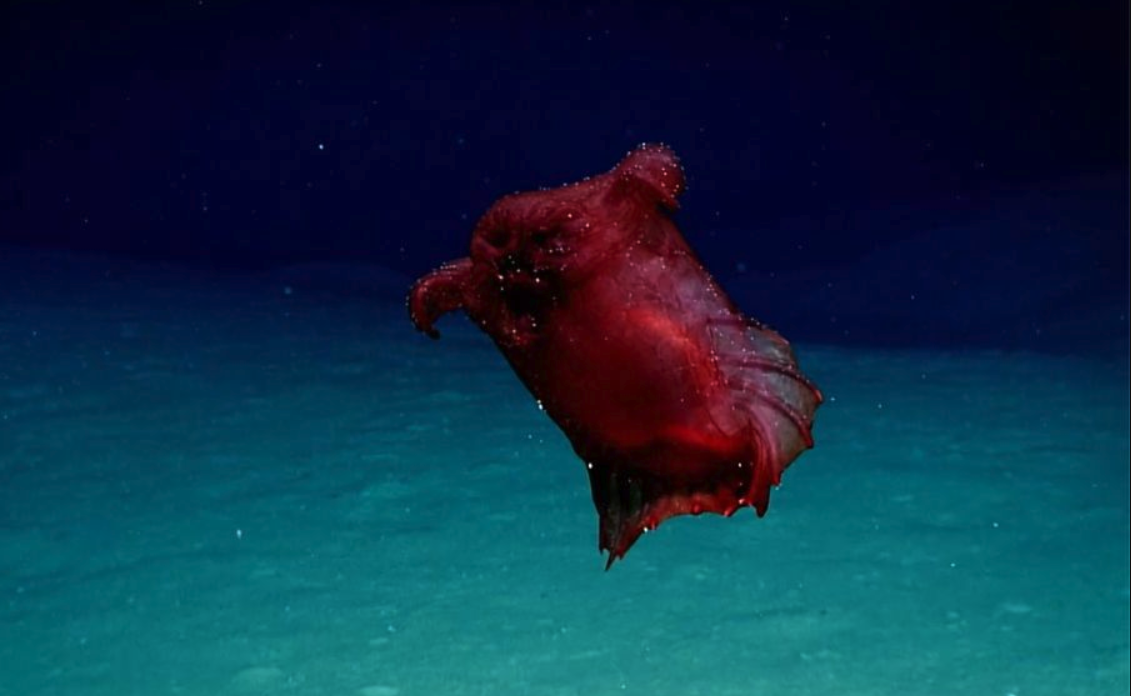 If you have even a casual interest in science or nature you probably already know that the animals lurking deep within Earth’s oceans tend to be pretty weird looking. Scientists continue to discover strange species hanging out at depths where humans could never venture on their own, and a recent expedition by Australian researchers is a great reminder of that.

The scientists were poking around in the depths of the Southern Ocean when they spotted a creature that has only been captured on film once before. It’s a swimming sea cucumber, but researchers prefer to call it the “headless chicken monster.”

The creature is capable of both swimming and walking along the ocean floor, which it accomplishes with a bunch of tiny little feet that pop out of its bottom side. It swims with stubby “wings,” and its fleshy appearance really does make it look like a plucked chicken that has already had its date with the butcher. The only other time the species has been seen was in the Gulf of Mexico, which is a huge leap from the Southern Ocean.

The expedition that found the “monster” is part of a larger effort to learn more about the southernmost ocean on Earth. The researchers are hoping to build a larger knowledge base by cataloging the creatures they find living deep under the surface. Ultimately, the goal is to boost conservation efforts and ensure that the ecosystem isn’t being disrupted by human activities like fishing or climate change.

“The Southern Ocean is home to an incredible abundance and variety of marine life, including commercially sought-after species, the harvesting of which must be carefully managed for future generations,” Gillian Slocum, commissioner of Australia’s Commission for the Conservation of Antarctic Marine Living Resources, said in a statement.