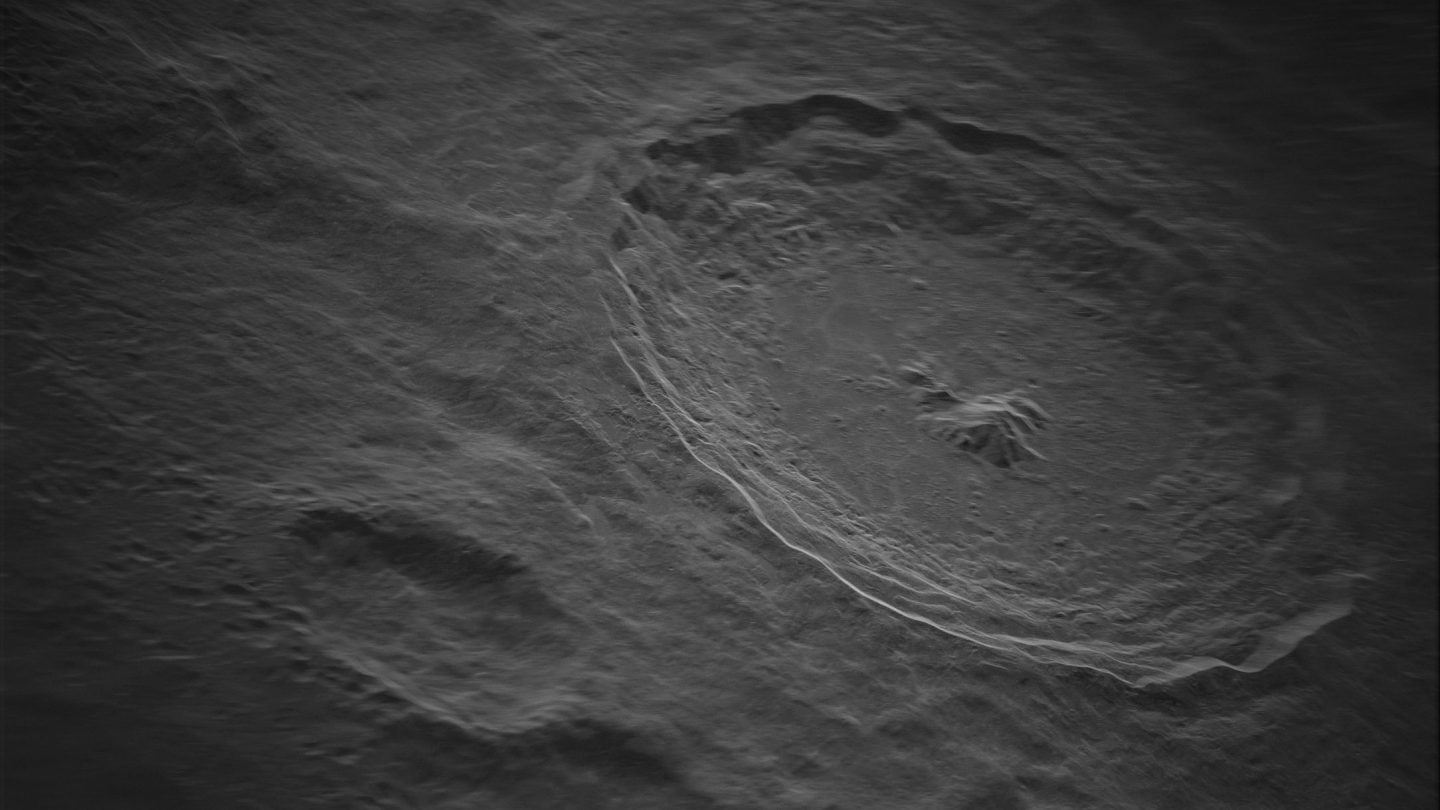 Astronomers have taken the most detailed image of the Moon ever taken from Earth, and it was done with a device that uses less power than a household microwave oven. The Green Bank Telescope, which uses a low-power radar transmitter to capture data, along with the Very Long Baseline Array, is responsible for the new images, which show the Moon’s Tycho crater in 5-meter resolution.

The two devices, which are part of the National Science Foundation’s latest prototype observatories, will allow for a next-generation radar system to help study planets, moons, and asteroids in our solar system, according to a statement.

These new images of the Moon, which are the most detailed images ever taken from Earth, are just a stepping stone towards learning more about our solar system, and also helping to develop a better way to determine where asteroids are going if they are headed to Earth, and how much risk they pose to humanity.

The transmitter tested on the GBT is capable of up to 700 watts of output power at 13.9 GHz. It was aimed at the Moon’s surface and received radar echoes that helped image the Tycho crater. This allowed the observatory to capture the details you can see in the image shared in this article while also not using an insane amount of power.

That is, perhaps, the most impressive bit here. Not only was the Green Bank Telescope able to take the most detailed image of the Moon ever taken from Earth, but it was able to do so while using less power than most household appliances – which makes the detail in the 5-meter resolution image that much more impressive.

But the National Science Foundation isn’t done here. The organization plans to create a flagship system that will use a 500 kilowatt, Ku-band planetary radar capture of nearly 1,000 times the output power of the test system. They say that it will serve in the frontline of ongoing planetary defense plans to help detect, track and characterize potentially hazardous asteroids in the future.

With the Green Bank Telescope showing so much promise and James Webb continuing to give us glimpses into the mysteries of the early universe, 2023 is shaping up to be an exciting year for astronomy and space exploration.