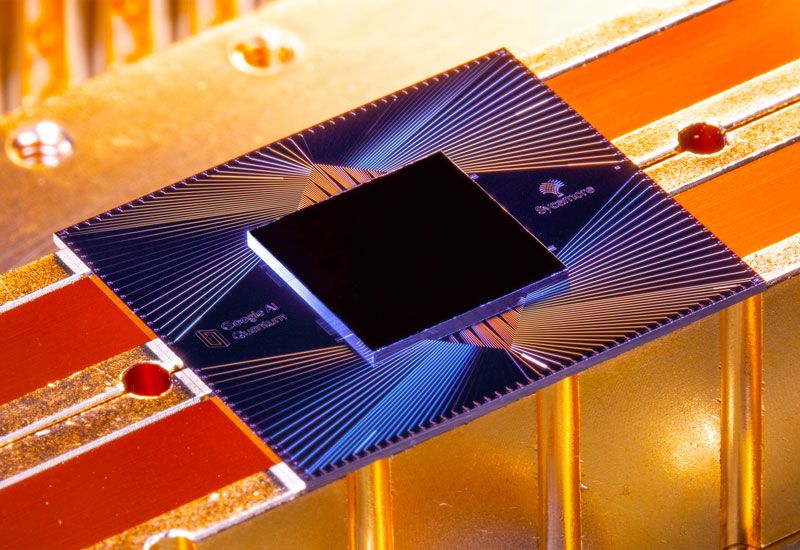 In the realm of supercomputing, quantum processors are something of a holy grail. They show promise in tackling massive computing tasks that traditional “classical” processors simply can’t, and researchers around the world have been working for many years on the ultimate goal of a practical quantum processor.

Today, it appears as though Google took a huge step toward achieving that incredible milestone, using a quantum processor to solve a problem that would take the fastest supercomputer on Earth 10,000 years to solve. This would seem like a momentous occasion, but not everyone is taking Google’s claims at face value.

This bizarre saga began with the publishing of a new research paper in Nature where Google engineers claimed to have achieved the feat of quantum supremacy using the company’s 53-qubit Sycamore processor.Quantum supremacy refers to the goal of building a quantum computer capable of performing a practical task that even the fastest classical processors would struggle with. After all, what good is an ultra-powerful processor if it can’t be used for any real-world application.

Google says it did just that, with Sycamore taking a mere 200 seconds to prove that numbers created by a random number generator were actually random. This problem, Google says, would take a minimum of 10,000 years using any other processor.

That’s when things got weird.

As the Financial Times reports, the results of the paper were quickly criticized by other scientists in the field, including IBM’s head of research Dario Gil, who called the paper “just plain wrong.” IBM then published its own paper showing that an existing classical processor could actually solve the same problem in around 2.5 days, which obviously makes Google’s accomplishment seem far less impressive. IBM’s paper has not been peer-reviewed, so we’ll have to take it with a grain of salt for now.

As if that wasn’t dramatic enough already, Google’s paper was then reportedly pulled from a NASA website where it was originally hosted before reappearing in the journal Nature. What a rollercoaster!

In any case, Google’s Sycamore processor is indeed real and, it would seem, quite powerful. Still, it has thus far proven capable of completing just one task, making it far from practical for just about anything else. Critics of the work suggest that this doesn’t qualify Google to claim its achievement of quantum supremacy, but others in the field are hailing it as a huge stepping stone toward future breakthroughs.