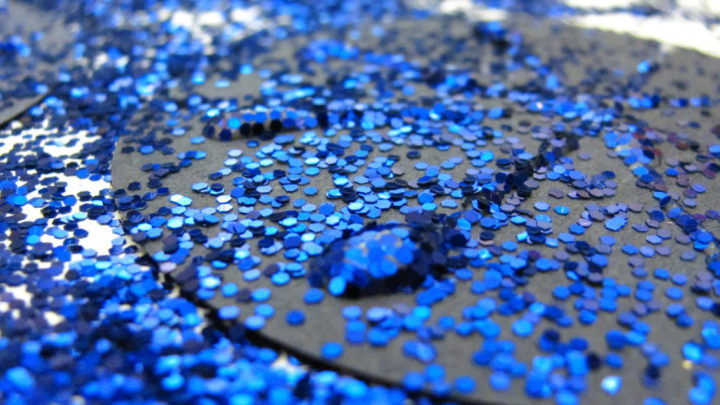 Anyone who’s ever been on the receiving end of a glitter-filled birthday card or spent more than an hour in an arts-and-crafts shop knows just how annoying glitter can be. It sticks to everything and is impossible to pick off clothing or even your skin, and now scientists are warning that mother nature is just as averse to the sparkly stuff as we are.

Citing the tiny bits of shiny plastic as a huge environmental hazard, glitter is now in the crosshairs of both scientists and government agencies who want to outright ban it, and their case is quite strong.

One of the places where the effects of glitter are felt most severely is in the oceans. Plastic waste — bottles, packaging, and even toys and other objects — regularly find their way into the oceans thanks to mankind’s inability to handle its own trash.

Over time the plastics break up into smaller pieces, turning a single chunk of plastic into many smaller pieces called “microplastics” that fish, birds, and other marine creatures accidentally gobble up. Countless studies have revealed manmade plastics in the guts of dead birds and fish, and the problem is seemingly getting worse. But where does glitter fit in?

Well, glitter is, by its very nature, a microplastic. It’s manufactured to be tiny, shiny, and because it’s made of various types of plastic it’s also extremely long lasting. When glitter finds its way into lakes, rivers, and eventually the ocean, it does just as much damage as any other microplastic but is even harder to clean up.

Even if the tiny plastic flakes aren’t eaten by an animal, the material gradually leeches chemicals into the water which can harm the ecosystem. And this isn’t just a problem for the fish and birds — if you’re a fan of seafood you probably don’t like the idea of munching on a fish filet or crab legs if the animal has been absorbing plastic chemicals and waste for most of its life.

Glitter has been around for decades, and its use in crafts and decoration is fairly benign (as long as you’re not rinsing it down the sink), but in recent years it’s become a staple in cosmetics and even body washes. In these cases, the tiny plastic bits are guaranteed to end up in waste water which has a great chance of eventually making it to the oceans. That troubling trend has led some governments, like the UK, to place bans on glitter and “microbeads” in various bathroom products, and researchers are now calling for similar measures worldwide.