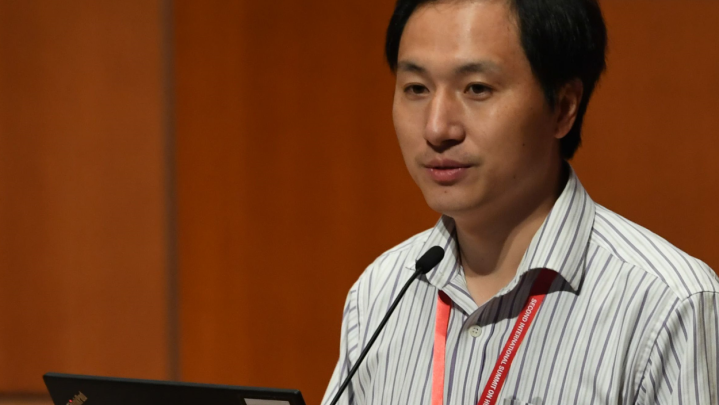 Late last year, a Chinese scientist named He Jiankui boldly declared that he had produced what would be the world’s first genetically modified humans. In working with embryos of families with HIV-positive parents, the scientist used the gene editing technology CRISPR to delete a specific gene.

Now, researchers believe that the twin girls who were reportedly born healthy may actually have altered brain function as a result. In fact, it’s possible that the deletion of the gene, called CCR5, might have actually made them smarter than they would otherwise have been, but it will be some time before we know for sure.

As MIT Technology Review reports, the babies known as Lulu and Nana had their CCR5 genes deleted in the gene editing process while they were still just embryos. That gene has been linked with the suppression of cognitive function in lab tests. Real-world observations also point towards the lack of the CCR5 gene being linked to higher intelligence in school and a new study suggests its absence could help individuals recover more rapidly after a traumatic event like a stroke.

He Jiankui did not make clear whether or not he had any intention of altering the cognitive abilities of the children he experimented on, and never made it clear if he believed there was a link between the CCR5 gene and cognitive function. The last we heard of He, the scientist was reportedly under house arrest as the Chinese government determines how to handle the case.

It’s of course worth noting that nobody knows whether or not the little girls at the heart of this whole mess have had their brains affected in any significant way. Scientists following the case have noted that we won’t know the full impact of the changes He made until the youngsters grow up.

Still, there’s a good reason why the genetics community is so firmly against human modification, and this is a great example. If the girls wind up a bit smarter, that’s one thing, but the opposite (or worse) could also be true. We won’t know for a while either way.