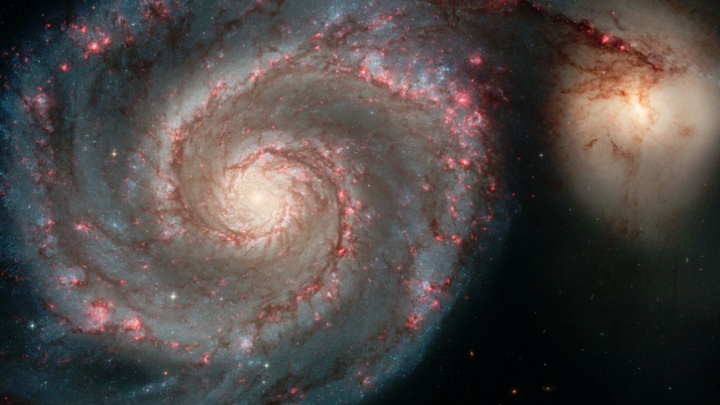 For astronomers, discovering new worlds, stars, and even entire galaxies is really only half the battle. Once discovered, explaining how new features of space formed, and where they came from, often means extensive research and a bit of guesswork. A new research effort aimed at uncovering some of the secrets of how our home galaxy, the Milky Way, formed, astronomers believe they’ve found evidence of an ancient collision.

A new paper published in Nature Astronomy suggests that the Milky Way slammed into a smaller “dwarf” galaxy long ago, swallowing up a huge amount of mass and using it as fuel to churn out new stars for billions of years afterward.

The research, which was made possible thanks to the high-powered Gaia space telescope, is based on the exact location and status of approximately a million stars in the Milky Way. The scientists noted that the stars surveyed fall into one of two groups, one of which appears to be the result of an “accretion event,” which is believed to be evidence of a galaxy collision.

Being able to determine the ages of the stars using the Gaia telescope allowed the researchers to better simulate the early life of the Milky Way, supporting the theory that our galaxy swallowed up a smaller one.

“The novelty of our work is that we have been able to assign precise ages to the stars that belong to the galaxies that merged and, by knowing these ages, when the merger took place,” Carme Gallart, lead author of the work, told AFP. “It’s a very gradual process—it’s not something like a car crash—it’s something that has an effect on the galaxy as a whole. It’s very massive so it happens slowly in human terms, not so slowly in cosmic time.”

It’s worth noting that this ancient collision isn’t the only one the Milky Way will experience, as astronomers already know that our galaxy is headed for a merger with the nearby Andromeda galaxy. Thankfully that’s not expected to happen for another 4.5 billion years or so, so I wouldn’t worry too much about it.