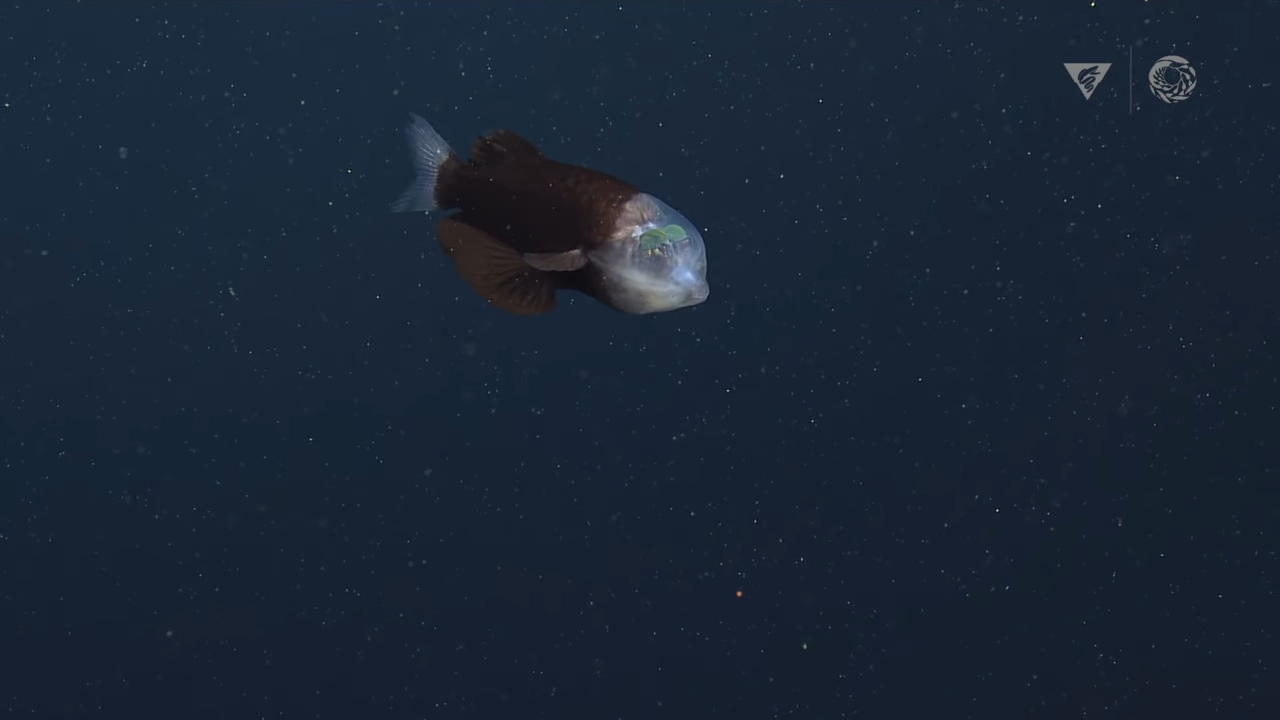 Researchers with the Monterey Bay Aquarium Research Institute have captured video of a fish that can see through its own head. It’s known as a barreleye fish and has rarely been seen in the past.

The MBARI researchers managed to capture video of the barreleye fish earlier this month. The video was captured thousands of feet below the surface of Monterey Bay, off California. According to the institute, this is one of only nine times that it has managed to spot the species.

Footage of the barreleye fish is rare

Looks at the barreleye fish are rare, MBARI says. When it managed to spot the fish, the institute’s remotely operated vehicle (ROV) was cruising at around 2,132 feet. The researchers were exploring the Monterey Submarine Canyon. The canyon is one of the deepest found on the Pacific coast (via Live Science).

Thomas Knowles, one of the senior aquarists at the Monterey Bay Aquarium told Live Science that he immediately knew what he was looking at. He says that he saw it in the distance at first, and it was very small. Despite the size, though, the fish was unmistakable.

Knowles also says that the control room buzzed with excitement as the ROV camera brought the barreleye fish into focus. In the video that MBARI shared, you can see how the barreleye fish’s eyes glow bright green in the light from the ROV. It’s a striking sight, especially against the calm blue of the ocean.

Eyes that see through a translucent head

Part of what makes the barreleye fish so intriguing is the way its eyes literally see through its forehead. The eyes can be moved straight ahead or directly up. There are two dark-colored capsules that sit in front of the eyes, too. These capsules act as the fish’s sense of smell.

Barreleye fish can be found in their natural habitat from the Bering Sea to Japan and in Baja California. Because they are found in the ocean’s “twilight zone”, which is roughly 650 to 3,300 feet, there’s no real number on just how many barreleyes there are in the world. MBARI has been getting lucky with its discoveries lately. Just earlier this month it captured footage of a massive phantom jellyfish.

Another scientist with MBARI told Live Science that they encounter barreleye fish less commonly than other twilight zone fish. Other fish found in these areas include the lanternfish and bristlemouth.