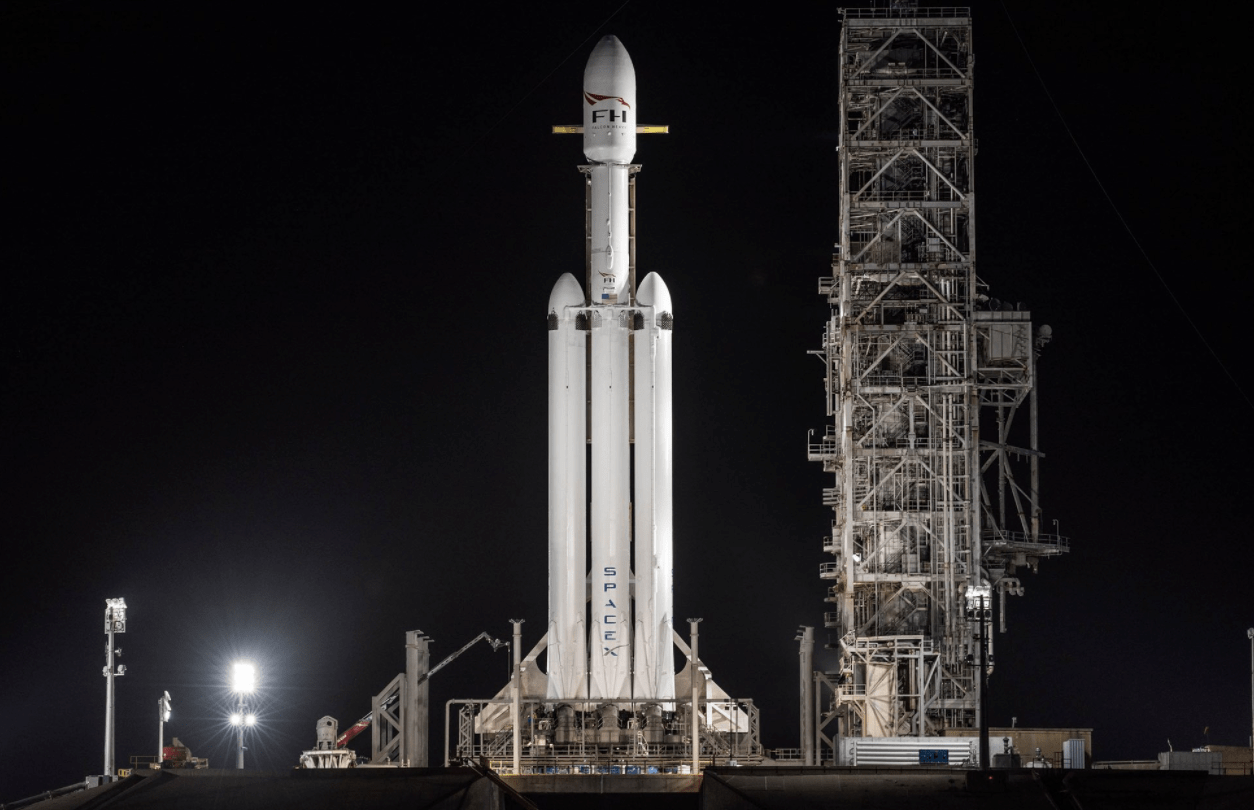 Update: The launch window has been delayed once again, this time to 3:45 pm EST.

It’s been a long time coming, but SpaceX will finally launch its highly-anticipated Falcon Heavy rocket today and nobody really knows what to expect. We might see the Heavy, with Elon Musk’s own Tesla Roadster in its payload bay, sail towards the heavens in a perfect dance of engineering and physics… or we might see a giant explosion. The only way to know for sure is to watch it yourself, and you can do so right here.

Like all of the launches that SpaceX has performed, the company will have a live stream of the event up and running. The launch window is scheduled to open today, February 6, at 3:45 pm EST. The windows was initially scheduled to open at 1:30 pm EST, but excessively windy conditions caused a delay, first to 2:20 pm and then to a 3:05 pm target.

The video window above will go live shortly before the launch window’s scheduled time, and SpaceX will be providing commentary regarding the Falcon Heavy and offer details on how close they are to actually sending the spacecraft skyward.

“When Falcon Heavy lifts off, it will be the most powerful operational rocket in the world by a factor of two,” SpaceX boasts. “With the ability to lift into orbit nearly 64 metric tons (141,000 lb) — a mass greater than a 737 jetliner loaded with passengers, crew, luggage and fuel —Falcon Heavy can lift more than twice the payload of the next closest operational vehicle, the Delta IV Heavy, at one-third the cost. Falcon Heavy draws upon the proven heritage and reliability of Falcon 9.”

It doesn’t just “draw upon” the legacy of SpaceX’s Falcon 9; Falcon Heavy is quite literally three Falcon 9s firing in tandem. It will certainly be an interesting show no matter what happens, but head man Elon Musk has been very careful to keep expectations in check. After stating in the past that he doesn’t fully expect the mission to go off without a hitch, he more recently stated that an explosion or crash would be “a bummer.” In any case, you’ll want to be watching when the world’s most powerful rocket pushes new boundaries today.