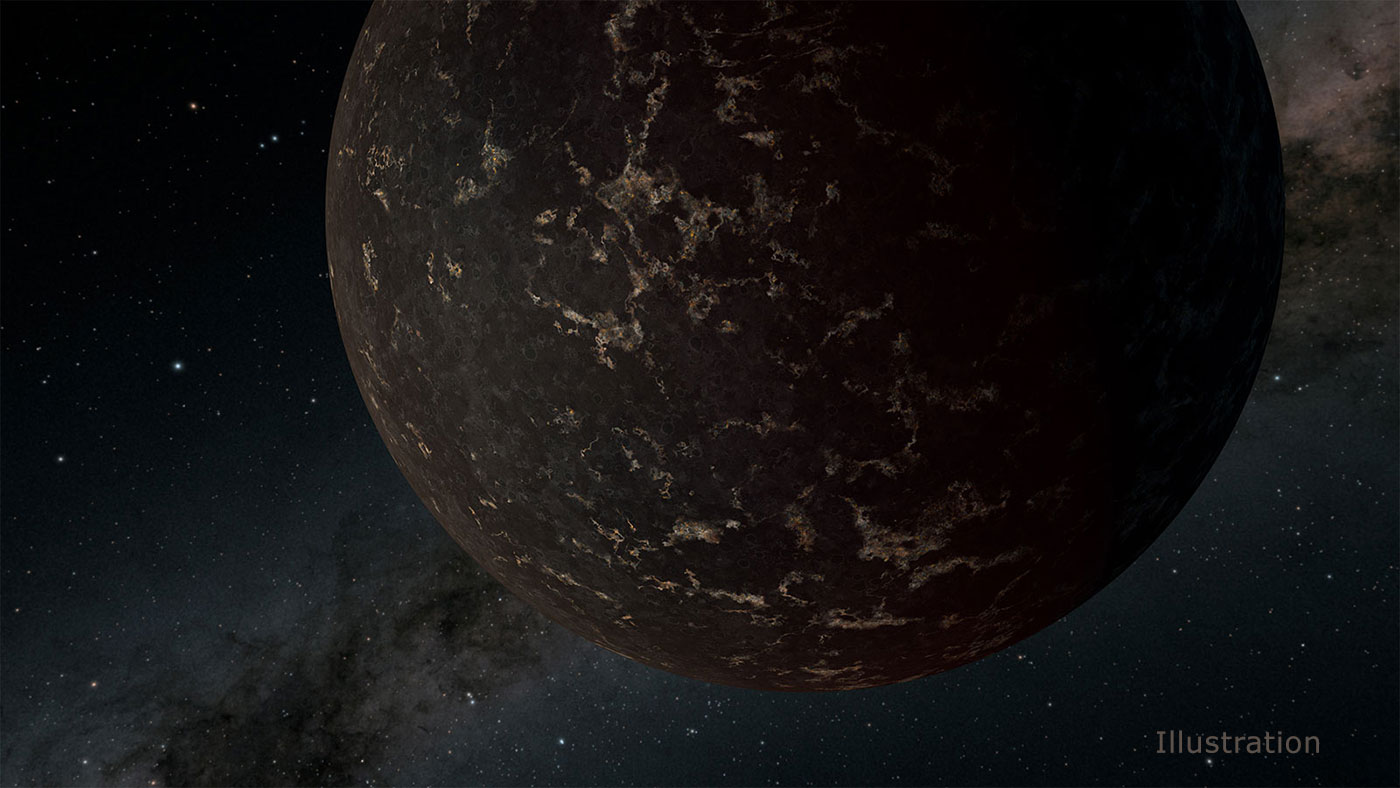 The hunt for exoplanets has ramped up in recent years as advancing telescope technology is allowing scientists to spot the telltale signs of planets orbiting distant stars. Astronomers are finding new planets at a faster rate than ever before, but there’s a big difference between knowing these alien worlds exist and knowing what conditions might be like on their surfaces.

In a new study published in Nature, researchers using data from NASA’s Spitzer Space Telescope reveal a rare glimpse at the surface of one particular exoplanet. The world, called LHS 3844b, resides less than 50 light-years from Earth and is slightly larger than our planet. Its surface, however, is a lot less hospitable than that of Earth.

The planet was initially discovered back in 2018 by TESS, NASA’s Transitioning Exoplanet Survey Satellite, which spotted the dip in brightness of its host star and revealed the presence of the planet orbiting it. It’s approximately 1.3 times a wide as Earth, and at a distance of just 48.6 light-years from Earth, it was large enough that Spitzer was able to spot the planet itself as light bounced off of its surface.

Based on its close proximity to its host star, researchers believe the planet is tidally locked, meaning that one side of the planet always faces the star. That star-facing side is incredibly hot, with temperatures of over 1,400 degrees Fahrenheit, while its dark side is much cooler.

Based on what Spitzer was able to see, the scientists studying it know the planet is rocky, like Earth, but they believe its surface is more like that of Earth’s moon or Mercury. Because the planet’s two sides are so dramatically different in terms of temperature, the researchers believe the planet lacks an atmosphere, since heat would spread more evenly across the planet if an atmosphere was present.

Without an atmosphere and with a star-facing side as hot as it is, there’s really no chance that life exists on LHS 3844b today. The planet orbits an M dwarf class star, and researchers are curious how prevalent planets with atmospheres might be around such stars. Despite the status of LHS 3844b, the researchers are hopeful that more habitable planets may be found orbiting M dwarfs in the near future.