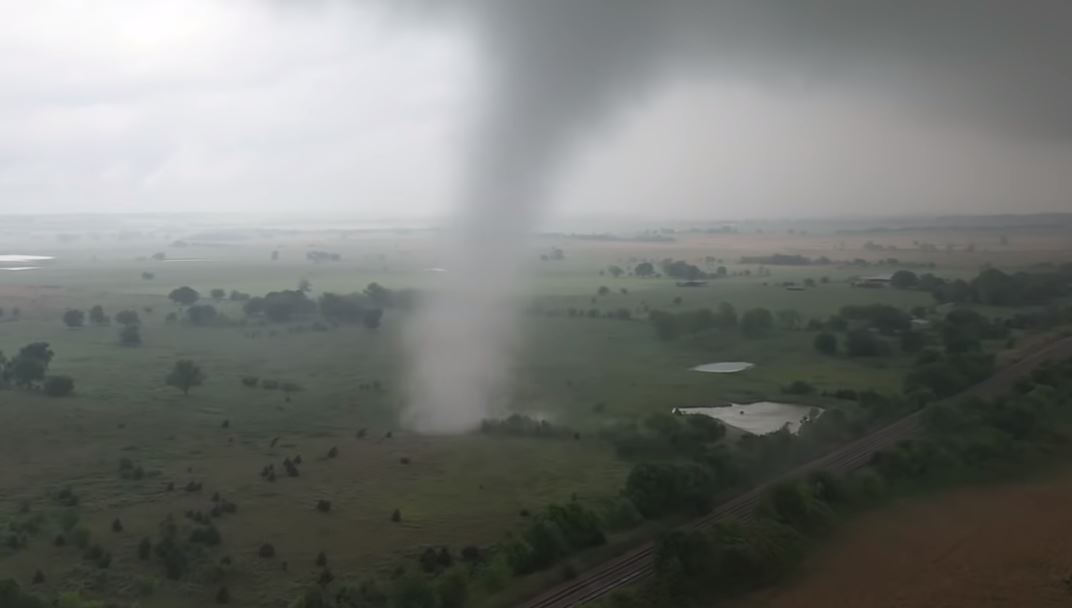 People who live across the Midwestern U.S. know that tornadoes are just something you have to deal with. They can be utterly devastating, of course, which is why weather scientists do their best to understand and predict when they will form. Recently, one particularly adventurous drone pilot managed to observe one of the swirling funnels as it tore across the Oklahoma countryside, and the video is just plain crazy.

The footage, which lasts over four minutes, shows the drone catching up to the twister and following it as it makes its way across farmland and open fields, not to mention a few roads.

The video was captured by a man named Brandon Clement who makes a habit out of chasing such storms. Needless to say he really hit the jackpot this time around, as tornado footage shot from a birds-eye perspective is incredibly rare. Check it out:

The tornado itself is fairly modest, and its path doesn’t appear to have taken it through any highly populated areas. It seems to pass over trees without uprooting them or stripping them, indicating that it’s not one of the more destructive tornadoes that Midwest residents are all too familiar with.

That being said, it’s clear that the twister possessed some considerable power as you’ll occasionally see some debris being carried aloft by its winds in the video clip.

The drone doesn’t appear to have much trouble keeping up with the twister or remaining stable, which is a credit to both the machine and its pilot, and the result is a seriously gorgeous look at one of Mother Nature’s more frightening phenomenon.