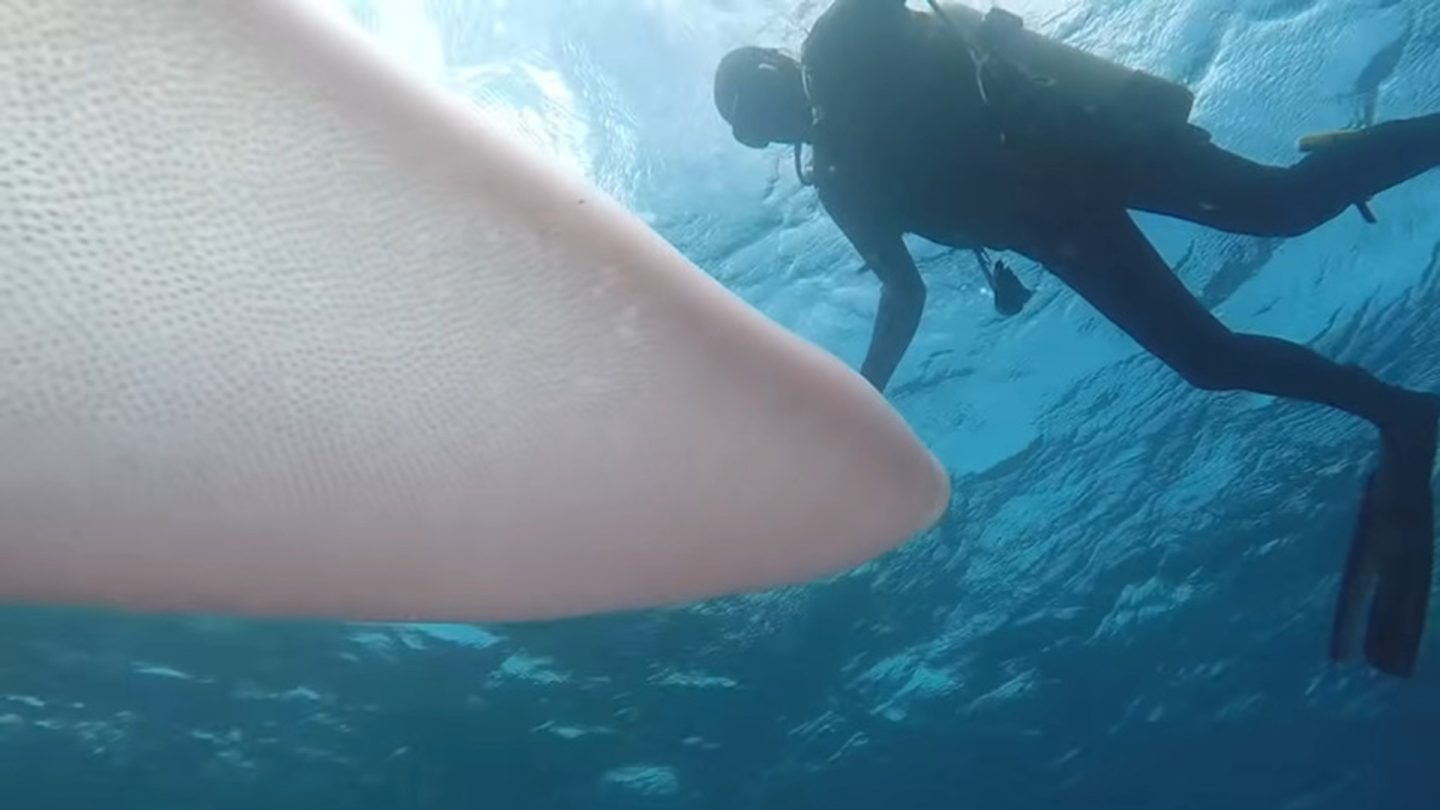 Divers off the coast of New Zealand came face to face with a giant sea worm that was almost 30-foot long.

The creature is called a pyrosome, and while it might look intimidating, it’s actually perfectly safe to approach. Pyrosomes are part of a family of sea creatures known as tunicates or “sea squirts”. They’ve also been called cockroaches of the sea, National Geographic notes, due to their ability to pull food from even the most inhospitable environments.

Divers swim right next to this giant sea worm

Videographer Steve Hathaway and his friend Andrew Buttle discovered the pyrosome while filming a tourism promo in October of 2018. Hathaway says that Buttle was the first to notice the massive sea creature. He put on his scuba gear and dove in right after. It’s not a dangerous creature, but the discovery must have been quite shocking at first.

The pyrosome they found was roughly 26-foot long. These translucent worm-like creatures can often glow and look similar to a plastic bag floating through the water.

The two divers spent almost an hour swimming around the creature, taking photos and capturing video of it. Hathaway says that he’d been hoping to catch a glimpse of one for years.

It isn’t just one creature

Buttle told National Geographic that swimming next to it the pyrosome “was pretty incredible”. He also noted how they could see thousands of tiny creatures along the giant sea worm’s body, up close.

That’s because pyrosomes are actually a free-flowing colony of hundreds or even thousands of individual organisms. These organisms are known as zooids. The small multicellular creatures pump water through their bodies to catch and feed on phytoplankton, poop particles, and other bacteria.

Andrew Jeffs, a marine science professor at the University of Auckland says that the pyrosome and the salp, a cousin of the pyrosome, are both important to tropical waters as a food source. Other creatures like turtles and spiny lobsters cling to the tubes and can feed for weeks at a time.

At night, pyrosomes swim to the surface of the sea. There they feed on whatever they can find in the water. Their bodies are very similar to gelatinous organisms like jellyfish. Additionally, they glow due to natural bioluminescence. While this one was 26-foot long, they can be as small as one centimeter in size. As long as the entire colony isn’t wiped out, they can theoretically live on forever.

Sightings of these giant sea worms are rare. Some would say that’s fine since these creatures are quite scary to those who might be unprepared. But, scientists are making more efforts to study and understand these creatures.