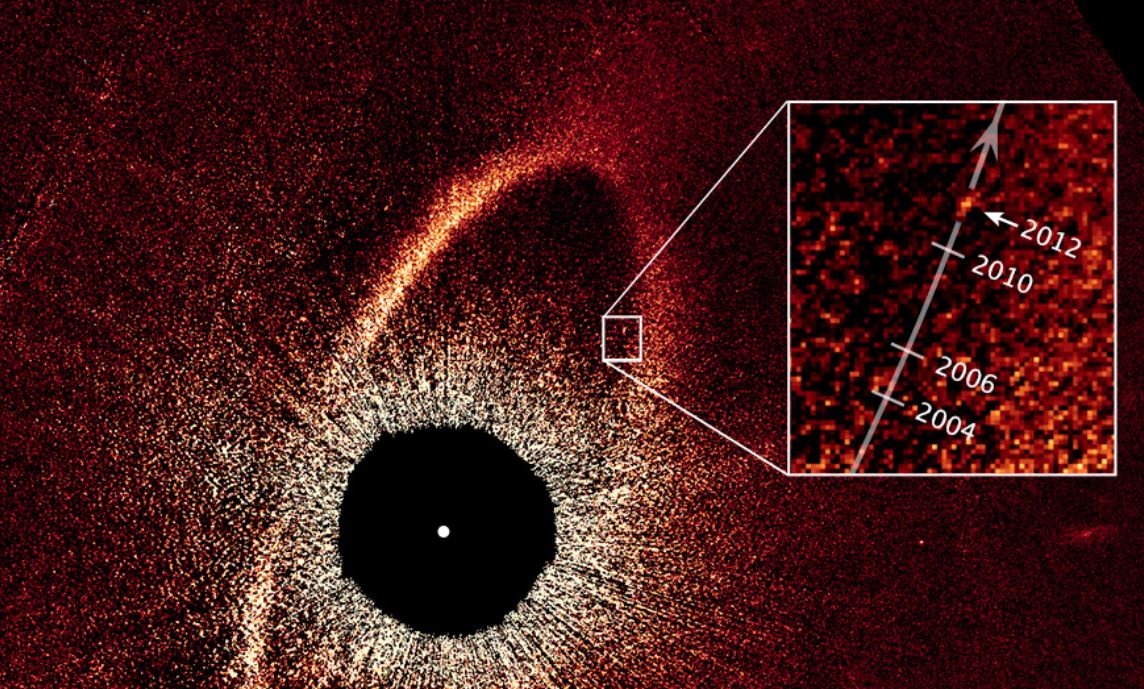 It wasn’t that long ago that astronomers could only dream of discovering worlds outside of our solar system. These days, exoplanet discoveries come at a regular pace, with new planets being spotted by the handful thanks to ever-more-powerful telescopes and detection systems. But what happens when scientists spot a planet and then it completely disappears?

That’s the predicament researchers found themselves in after Dagon, a massive gas giant exoplanet originally spotted in 2004 by the Hubble Space Telescope suddenly vanished. Now, researchers have a new theory as to what they actually saw, and it’s even more exciting than discovering a new planet.

As ScienceAlert notes, Dagon was spotted multiple times, both in 2004 and 2006 and then formally named in 2008 and confirmed as a planet in 2012. Everything seemed pretty straightforward until astronomers began digging through additional Hubble images from 2014. When they began hunting for Dagon in the new images it was nowhere to be found.

Exoplanet candidates do occasionally disappear after first being detected by scientists. Subsequent observations of the same area may reveal something different. It happens, and it’s just part of the game when you’re trying to find objects in deep space. However, for an exoplanet to be spotted multiple times and studied extensively only to then vanish without a trace is just downright bizarre.

Something was there, that much is clear, but what exactly was it? Astronomers from the University of Arizona think they have the answer. They believe that the “gas giant” exoplanet spotted by Hubble was actually a massive cloud of dust and debris that was produced after two large, icy objects collided. Hubble’s images captured what was left, and from afar the cloud looked a whole lot like a planet.

“These collisions are exceedingly rare and so this is a big deal that we actually get to see evidence of one,” András Gáspár, lead author of a paper published in Astrophysical Journal Letters, said in a statement. “We believe that we were at the right place at the right time to have witnessed such an unlikely event with NASA’s Hubble Space Telescope.”

It’s an incredible discovery, but astronomers had already believed Dagon — also known as Fomalhaut b — was a real weirdo in the exoplanet world before it disappeared. The “planet” was spotted in visible light, which is almost never possible with planets so far away. Exoplanets don’t typically reflect enough light to be seen in the visible light spectrum. It also couldn’t be seen in infrared, which was equally odd because if the planet was getting enough light to be seen, it should be hot enough to register a heat signature.

The “icy body collision” explanation ties everything up nicely and explains away all of the would-be planet’s weirdness.