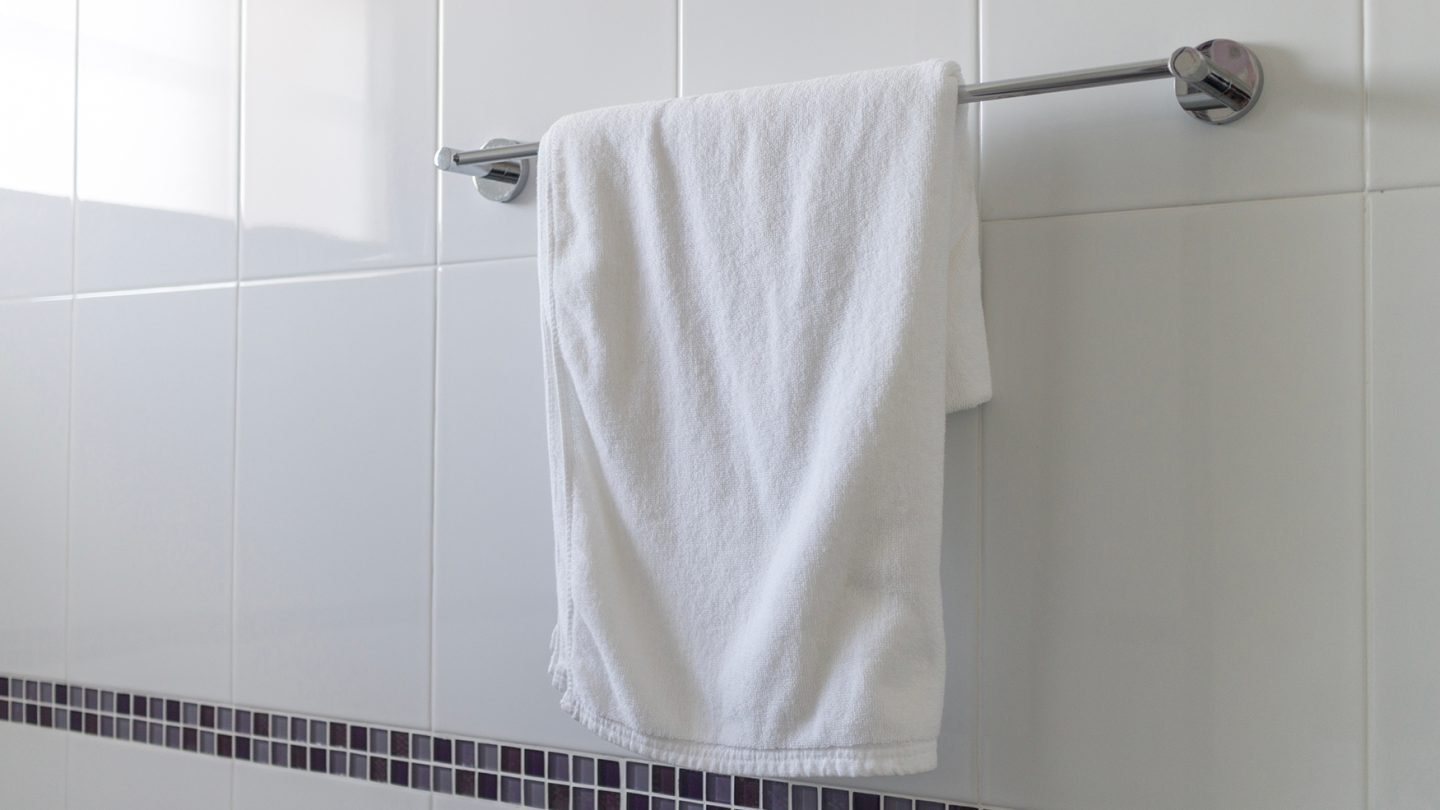 The first thing you do when you step out of the shower is reach for a towel, right? I mean, that’s what most people do, so I’m making an assumption here, but it’s not exactly a bold one. If that shower has been previously used, there’s a solid chance you’re going to undo a lot of the good you did while you were scrubbing and cleaning yourself just moments earlier.

As BestLife reports, experts have been rapidly adopting the opinion that drying yourself off with a used towel is basically the worst thing you can do after you depart your shower. Based on consumer surveys, the vast majority of people use their towels over and over again before washing them, and the research says that’s a bad idea.

A very interesting piece of research published in the American Journal of Public Health tried to paint a clear picture of just how prevalent bacteria is on what might seem like a clean towel that was recently used.

The researchers simulated what might occur during a shower, using a special strain of bacteria applied to the hands of volunteers, which was then washed off with soap and water. The participants then dried their hands with a known clean hand towel and the towel was then incubated for 48 hours. When they checked the towel again, there were nearly 50,000 bacteria across just a two-inch square of fabric. That’s… not good.

Obviously, the health of the bacteria and the amount it spreads are affected by different factors. If the towel remains wet or damp, bacteria can make a cozy little home for themselves and wait for your next shower. And if you toss your towel on the ground or even hang it over a hook, chances are parts of the towel still be damp the following day. When you rub the towel across your skin you’re allowing the bacteria to enter through microscopic tears you create as you rub.

So what’s your best bet for avoiding used towel nastiness? For starters, dry your towel on a rack or towel bar rather than a hook (or, even worse, crumpled on the bathroom floor). This will ensure the towel dries between uses and will minimize the chances of bacteria spread. Additionally, swap for a new towel at least once a week, and perhaps much more frequently than that if you already have skin issues such as eczema.