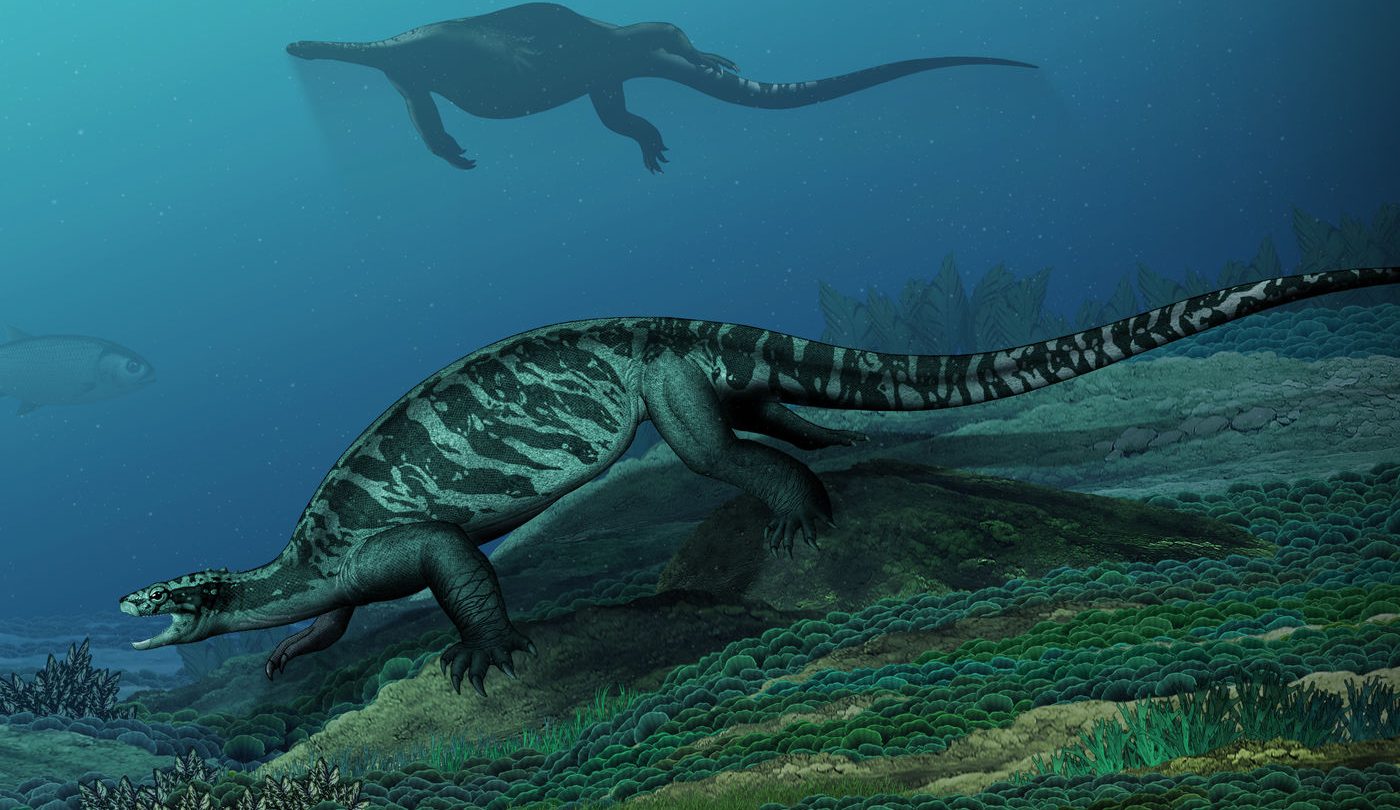 When it comes to animals with iconic features, the turtle is high on the list. Deer have horns, kangaroos have pouches, humans have existential dread, and turtles have shells… right? Apparently that wasn’t always the case, as a new set of fossils from China reveals that some ancient turtles never bothered to grow a shell at all.

In a new paper published in Nature, researchers describe the discovery of an early turtle species called Eorhynchochelys sinensis. Nicknamed the “dawn beak turtle,” the animals lived around 228 million years ago, and they were massive in size. Measuring over six feet long, it would have been an intimidating sight, and its hardened beak and flat body match what we think of a turtle. Everything matches up, except for the shell.

Scientists believe that the creature loved the water, where it like went scavenging for food, but it never developed the hard outer covering that most modern turtles share. This is particularly curious because the animals body, which was large, flat and soft, would have seriously benefited from a hard covering.

“This creature was over six feet long, it had a strange disc-like body and a long tail, and the anterior part of its jaws developed into this strange beak,” co-author Olivier Rieppel of Chicago’s Field Museum notes. “It probably lived in shallow water and dug in the mud for food.”

Interestingly, other early fossils of different turtle species had shells but no beaked jaws. The dawn beak turtle had a beak but no shell, but modern turtles have all of the above. This strongly hints that the evolution of the species we see on Earth today is likely far more complicated than anyone realizes.

“This impressively large fossil is a very exciting discovery giving us another piece in the puzzle of turtle evolution,” Nick Fraser, lead author of the new work, explains. “It shows that early turtle evolution was not a straightforward, step-by-step accumulation of unique traits but was a much more complex series of events that we are only just beginning to unravel.”