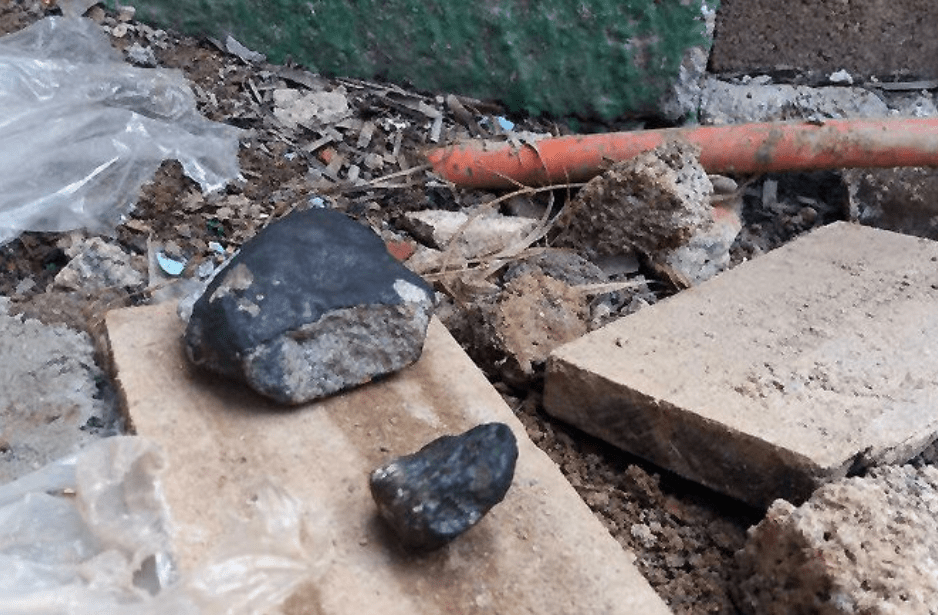 Space rocks come crashing down to Earth with somewhat startling regularity, and when they do they often create a big boom. When a meteorite detonates in Earth’s atmosphere it produces an explosion which researchers call bolides, or simply “fireballs.”

Most of the time, a fireball appears and disappears before anyone is quick enough to grab their smartphone and record it, so we’re left with dash cam videos and still images from stationary cameras to give us a glimpse of the event. Last week, a fireball came crashing down in Cuba and, in a rare treat, we actually get to hear it.

NASA’s Jet Propulsion Laboratory helps scientists track fireballs wherever they come down on Earth, and this one is no different. JPL estimates the total impact and radiated energies of the event to be the largest of any fireball in the past four months, equivalent to 1.4 kilotons of TNT.

In the video above, onlookers spotted the speeding space rock as it passed and filmed the cloudy trail it left in its wake. As an added bonus, the actual sound of the sonic boom the rock created as it cruised towards the Earth. The boom arrives at around the 46 second mark of the video.

The incident didn’t result in any injuries and only minor damage such as broken windows was reported. Once it became clear that the space rock wasn’t apocalyptic in nature, eager meteorite hunters descended on the area in the hopes of finding a genuine space artifact.

#CUBA: This is a close up of a #rock people in the #Viñales area believe is part of the #meteorite that fell in the area. You can see this one is almost the size of a #mobile phone. @WPLGLocal10 pic.twitter.com/xDO0jy6tCO

As CNET reports, alleged meteorite fragments began to pop up on social media, though confirming they are genuine is something that usually takes some time. Depending on their size and shape, real meteorite chunks can fetch hefty sums from scientific institutions as well as private collectors.