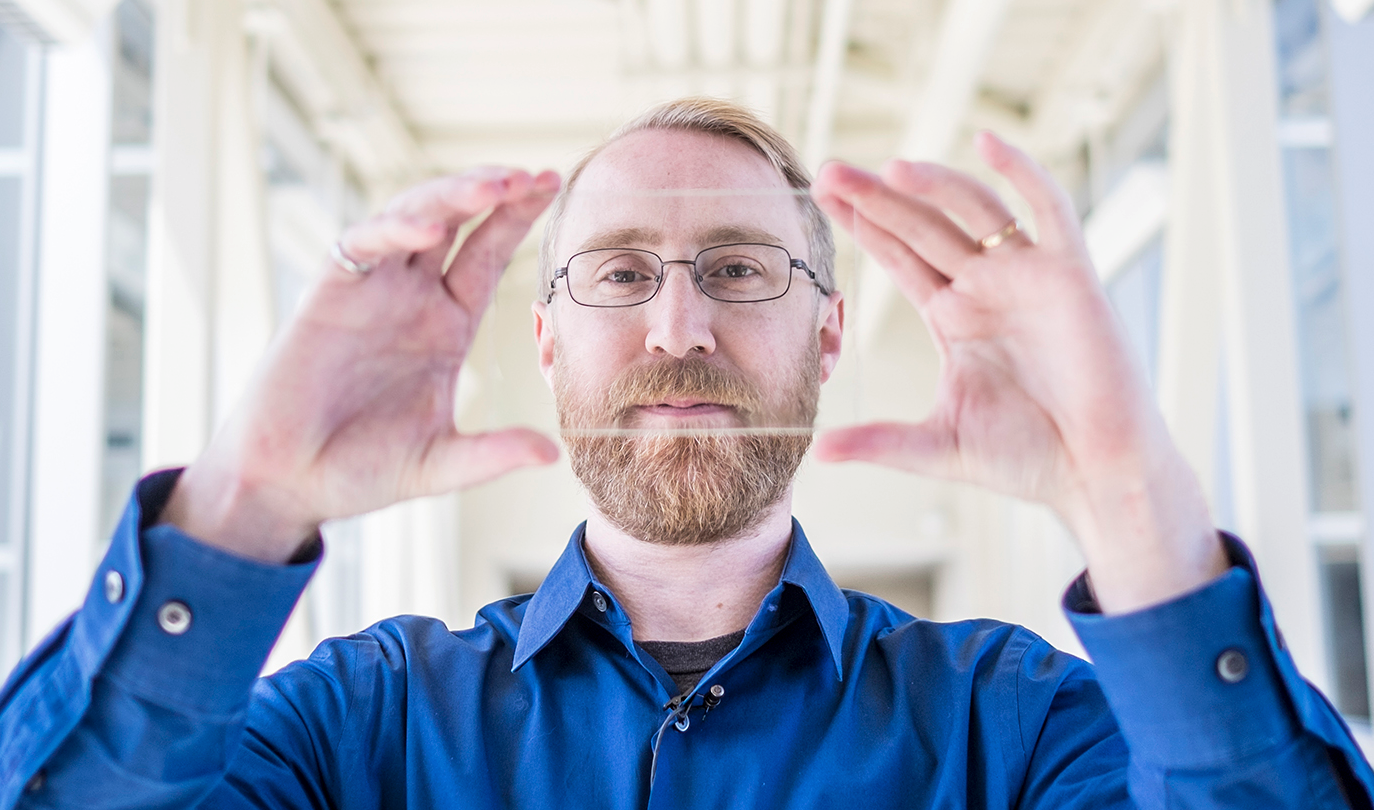 Solar energy has the potential to totally destroy our reliance on fossil fuels, so why aren’t we all running on power from the sun? Solar panels aren’t as bulky and obnoxious as they once were, but they’re still not exactly small. You can stick some on a roof without issue, but its jet black appearance remains off-putting. That could all change thanks to a new breakthrough in solar technology resulting in completely transparent solar material that could turn your windows into power-generating panels.

This incredible new material was developed by researchers at Michigan State University, led by associate professor Richard Lunt, and it could dramatically change the way we think of solar energy, and could even be used on devices like smartphones to provide a constant flow of power whenever the sun is shining.

The see-through solar material is made possible thanks to molecules developed by the MSU researchers which absorb invisible wavelengths of light, allowing visible light to pass through while still generating power via near-infrared and ultraviolet.

“Highly transparent solar cells represent the wave of the future for new solar applications,” Lunt explains. “We analyzed their potential and show that by harvesting only invisible light, these devices can provide a similar electricity-generation potential as rooftop solar while providing additional functionality to enhance the efficiency of buildings, automobiles and mobile electronics.”

The potential applications for see-through solar material are staggering to think about. Electric cars with transparent panels on their windows and roofs, mobile gadgets, and even airplanes could potentially utilize this technology to generate power passively without even being noticed. Lunt and his team estimate there is as much as 7 billion square meters of glass surface in the United States alone, and if they can capture even a fraction of the sunlight passing through it, it would go a long way to reducing fossil fuel consumption.

There is still plenty of work to be done, however, before this technology is ready for the mainstream. The researchers say the transparent material is only generating about one-third of the energy it potentially could, and it’s important to maximize its power before it becomes a viable power solution.