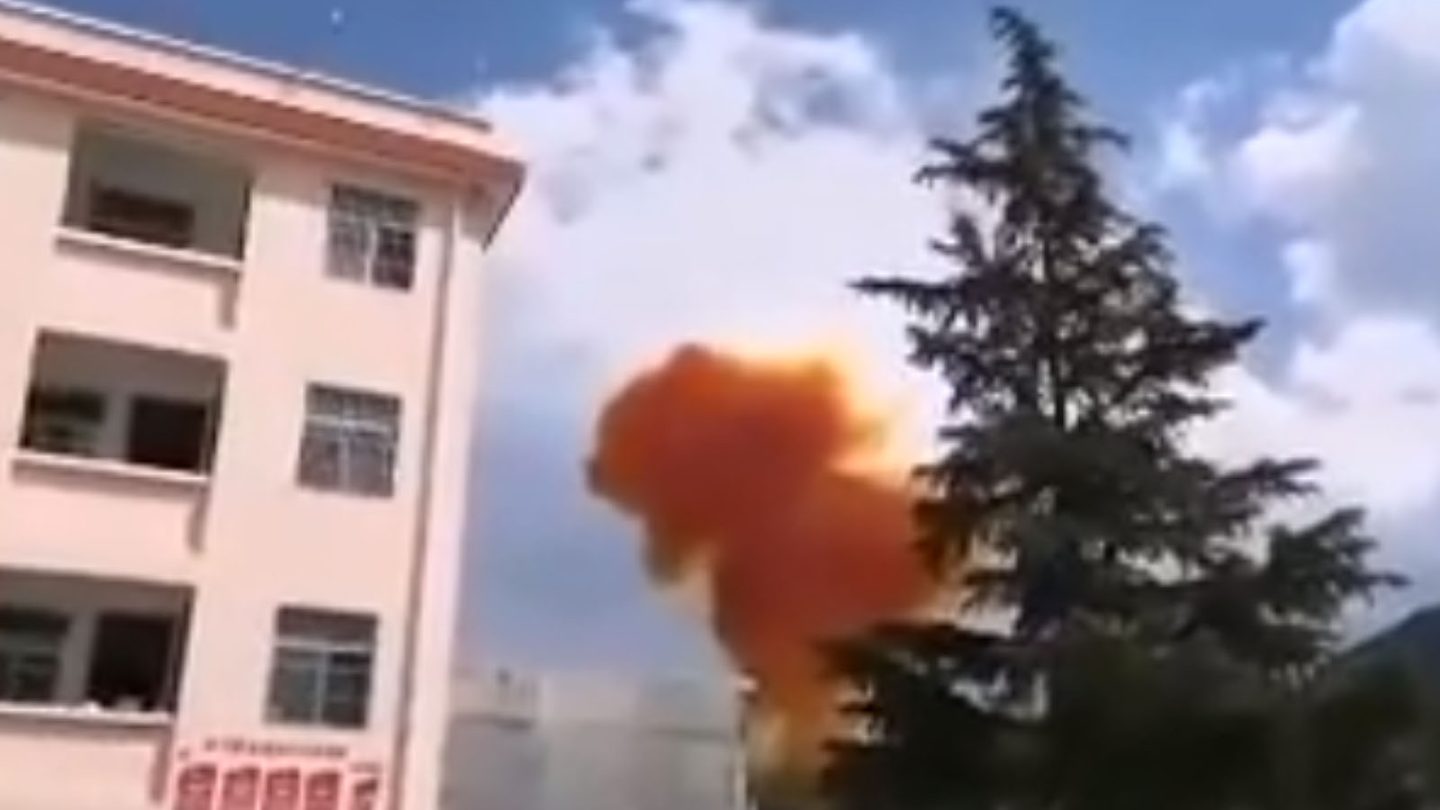 China has big ambitions when it comes to space exploration. After decades of trailing behind the likes of the US and Russia, the country is playing a bit of catchup as it rapidly develops new rocket technology and plans and executes missions to the Moon and Mars. A rocket launch on Monday sent yet another Chinese satellite into space. The delivery of the satellite went well, but the rocket booster came down in the worst possible spot.

As Ars Technica reports, the Long March 4B rocket booster came tumbling back down to Earth and smashed into the ground near a school. That’s bad enough already, but what followed was even worse: The booster produced a plume of toxic gas after it impacted the Earth.

In a video posted on social media, the plume that the booster created appears to be massive. Tinted orange due to the fuel mixture the booster burns, the gas could be seen for miles.

It’s not immediately clear whether the rocket actually damaged any structures, but it sure looks like it came very close to doing so. The cloud of toxic gas the booster produced upon impact was likely a greater concern, though the country hasn’t released any reports of illness or injuries as a result of the incident.

That’s not entirely surprising, as China is notoriously tight-lipped about most things related to its space program, and that goes double for any missteps the country might have made in its most recent launch. In any case, the good news is that the rocket didn’t come down on the school itself. That may be small comfort to any structures or residents that were affected by the incident, but if we’re searching for a silver lining, that’s certainly a candidate.

China, despite this recent incident, has been making some big strides in its space exploration efforts. The country sent a mission to the far side of the Moon in late 2018, successfully achieving the first soft landing on the Moon’s lesser-seen side in history. That mission included a lander and a rover, both of which performed well and returned valuable data to scientists back on Earth.

More recently, China launched its Tianwen-1 mission which seeks to place a rover on the Martian surface. It’s the first time the country has put together a mission to the Red Planet on its own, and the rover is set to arrive on Mars at right around the same time as NASA’s own Perseverance rover.