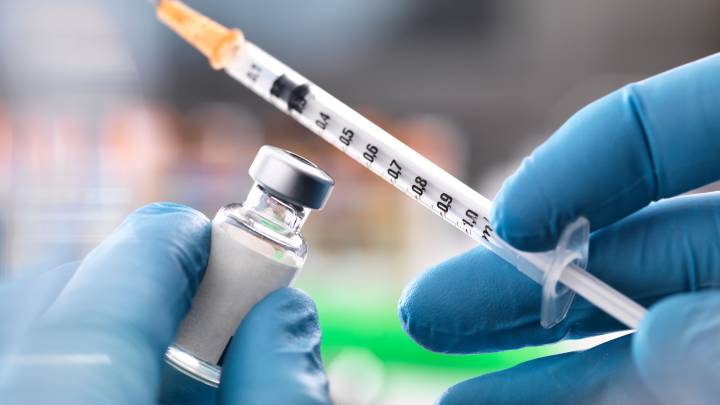 As absurd as it seems, the anti-vaccination movement isn’t just peddled in sketchy online forums and creepy Facebook groups; some politicians have also joined the fight, arguing that vaccinations for childhood diseases shouldn’t be mandatory for anyone. Recently, a Texas lawmaker (incorrectly and inexplicably) suggested that vaccines should be optional since antibiotics exist, and now a conservative politician in Italy has joined the fight. Unfortunately, he brought chickenpox along with him since he had never been vaccinated, landing him in the hospital for several days.

Various news outlets in Italy have covered the bizarre but oh-so-fitting plight of Massimiliano Fedriga, who has spent a portion of his political career fighting against mandatory vaccine laws. Fedriga, who claims to be “in favor” of vaccines in practice but refuses to support legislation that would allow the preventative treatments to have the greatest impact, spent a total of four days in the hospital after coming down with the chickenpox.

Scientists and doctors have long promoted vaccines as a way of protecting public health, since contagious diseases can be completely eradicated in a population if enough of the individuals have been vaccinated against them. That’s exactly what happened in the United States decades ago, when the measles vaccine effectively eliminated the disease.

Now, with a growing number of parents refusing to vaccinate their children, the disease has made a huge comeback, forcing schools to take measures against unvaccinated students for the protection of the student body.

Like the measles vaccine, the chickenpox vaccine has been working fine for decades, and it prevents the disease completely in over 95% of people who receive it. Unfortunately, the safe and affordable treatment has become tangled in the anti-vaccination web and, as Fedriga just learned, contracting the disease as an adult is no fun at all.

In Fedriga’s defense, the chickenpox vaccine was only made widely available in the mid-to-late 1980s. At 35 years of age, it’s likely Fedriga — who says he received a full battery of available vaccinations as a child — didn’t even have the vaccine available to him as a youngster.

Nevertheless, it’s a clear reminder that being unvaccinated can come back to bite you later in life, as diseases like chickenpox can be significantly more serious for adults than for children. It’s not likely that coming down with chickenpox as an adult will change Fedriga’s position on mandatory vaccinations against common diseases, but that’s the nature of politics.