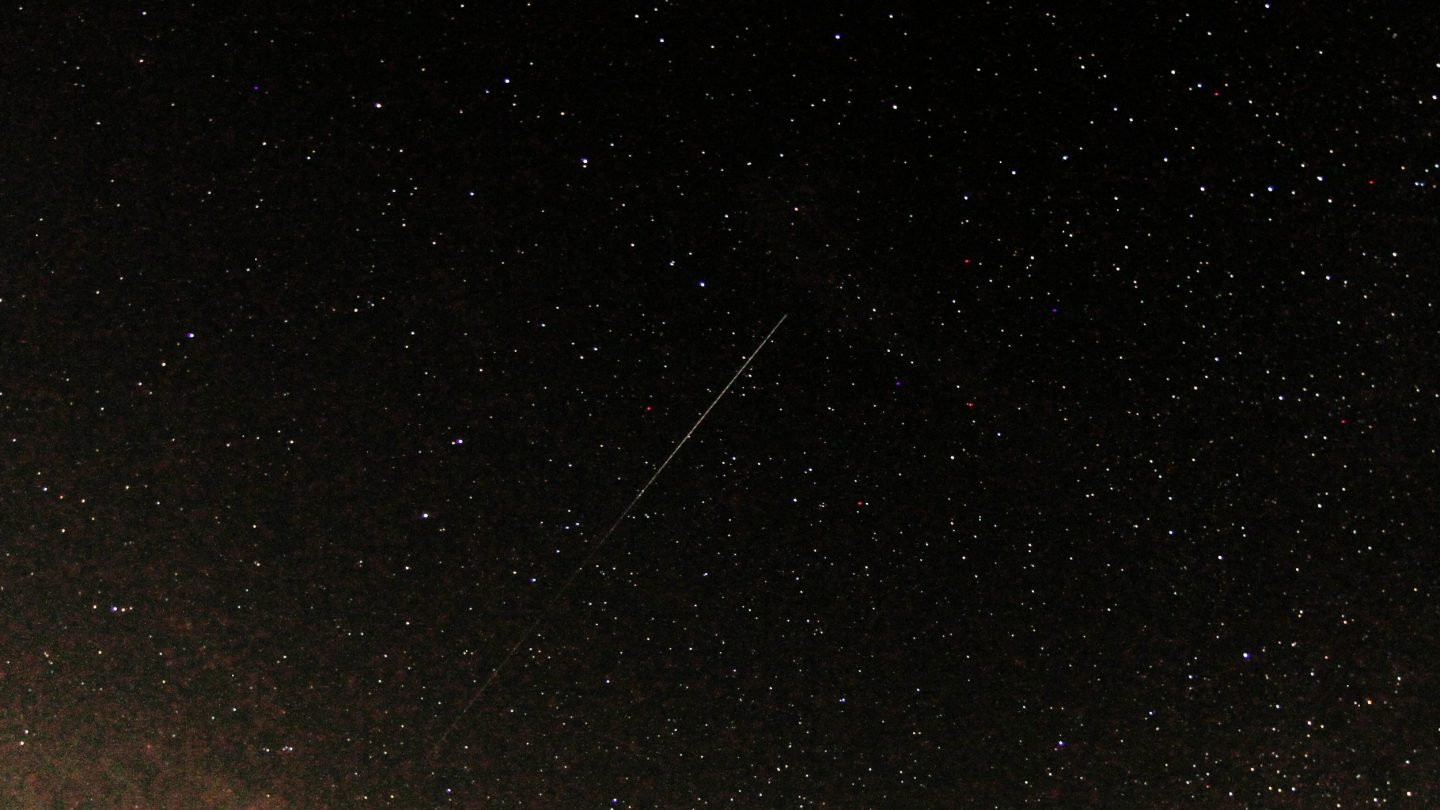 If you’re a California resident and happened to be hanging around outside on Monday evening you might have spotted something very special in the skies. Dozens of people have reported spotting a bright streak flash in the sky for a few seconds, and the sighting matches up well with fireball sightings in the past.

Seeing a chunk of space rock streaking across the night sky is always exciting, but this particular sighting wasn’t entirely out of the blue. The Draconid meteor shower is peaking this week, dramatically raising the odds of spotting a fireball across much of the United States, Mexico, and parts of Canada.

Reports from Southern California have been piling up since late last night, with many people noting that it was the brightest fireball they’d ever seen. Some reports suggest that there was more than one streak, though that may be the result of the object breaking up into smaller pieces as it tumbled toward the Earth.

No pieces of the falling object are believed to have made it down to Earth, and it’s likely that the chunk (or chunks) of rock were totally obliterated when they passed through the atmosphere in a fiery blaze. This is common for smaller space rocks, as the friction of the atmosphere tends to incinerate and vaporize the rock long before it can reach solid ground.

Images of the fireball spotted above California have been scarce, but one person who claims to have captured video of the meteor on video, via the dashcam of their car, uploaded the footage to Twitter:

Crappy dash cam but I caught the meteor. I was at N Melrose Dr & Cooper Dr. pic.twitter.com/CSNa3gOQCK

It’s not the highest quality video, but it gets the job done, and we can clearly see the bright flash and tail of the object as it descends. The timestamp of the video matches up with other reported sightings. Skywatchers might get another opportunity to spot a “falling star” tonight, as the meteor shower will actually reach its peak on Tuesday evening.