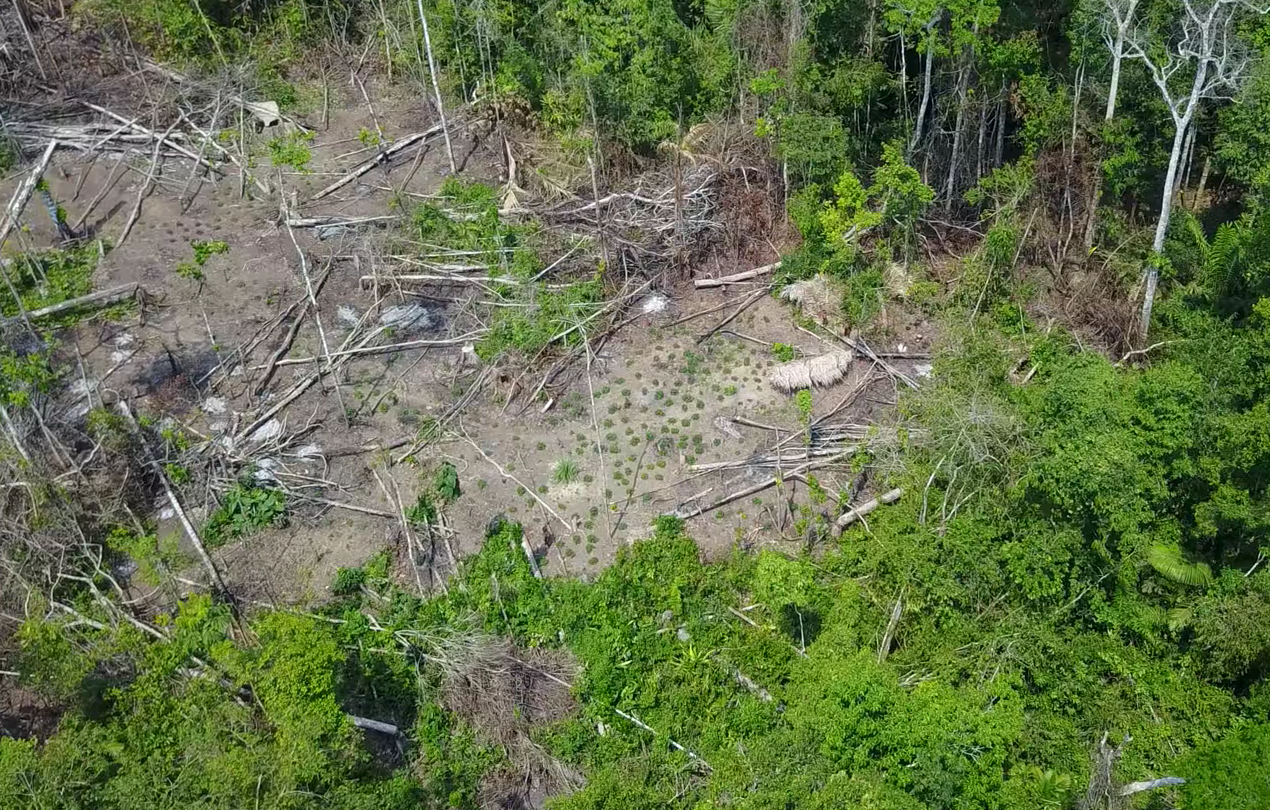 Modern technology makes it so easy to connect with people all over the world that it might sound crazy to think that there are still communities of people who have never made contact with pretty much anyone. However, tribes which have no interest in our way of life do indeed exist, and advocates are doing their best to protect them.

Brazil is thought to be home to several of these groups of indigenous people, and the Brazilian government just released new footage of a remote tribe that seems to be getting along just fine without the meddling of the outside world.

The brief clip shows at least two individuals going about their daily routines in the solitude of the rain forest. As the New York Times reports, the video was shot near Brazil’s border with Peru, and was captured by a government agency known as Funai, or the National Indian Foundation.

From the footage it’s a bit hard to tell whether or not the individuals on the ground are actually looking at the drone hovering high above their heads or not. Both of them pause at different points, but it’s difficult to tell what way they’re looking. Nevertheless, the footage helps advocates argue in favor of keeping these sections of the rain forest free from outside interference.

There are groups that routinely monitor the status of these isolated tribes in order to prevent farmers and others from encroaching on their settlements. As farmers push into the rain forest, they sometimes overlap with areas that are settled by these remote tribes, and that can quickly lead to conflict.

In one particularly tragic case, a man now commonly known as “the Man of the Hole” was the only survivor of an attack by farmers on his tribe and family. He now lives alone in the rain forest, and has never made contact with the outside world. Nobody even knows what language he speaks, but he has been surviving on his own for over two decades with no help from outsiders. He earned his nickname due to his habit of digging holes for various purposes.