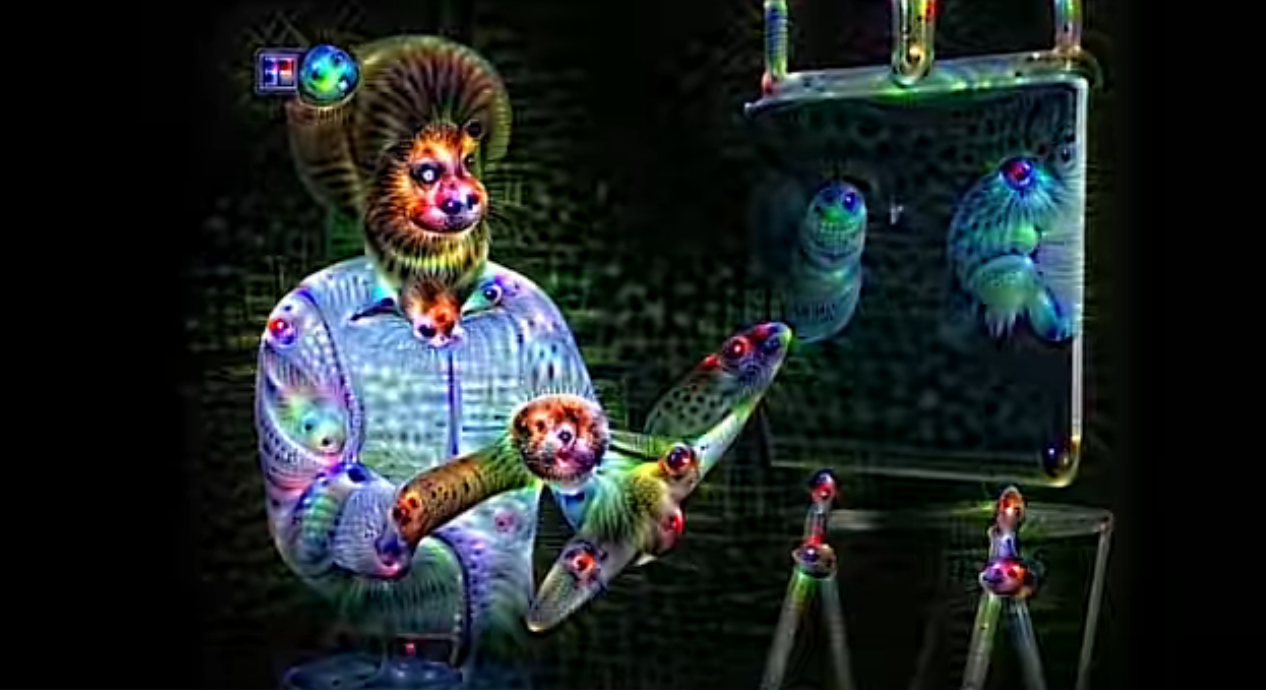 When it comes to creepy AI-powered software, Google’s DeepDream is hard to beat. Born from an initiative to classify and categorize images, the software is a curiosity for many thanks to its ability to turn images into bizarre, hallucinogenic visuals that appear to melt into each other.

The software gained popularity a number of years ago when Google released it for others to toy around with. Not long ago, a YouTube user by the name of Alexander Reben decided to see what DeepDream could do to an episode of the classic Bob Ross show The Joy of Painting, and boy is it something.

Put simply, what DeepDream does is attempt to identify shapes and objects present within an image. When it thinks it sees something in a shape that it knows, it emphasizes that shape. When applied to a video, the result is a flowing image where objects, animals, and faces seem to appear out of nowhere and then disappear just as quickly.

In this particular case, DeepDream turns Bob Ross into a disturbing collection of colorful orbs and does all kinds of strange things to his canvas as it is being painted. You’ll see a tree turn into a centipede, a hand become a bird, and random foxes and dog-like creatures appearing out of nowhere. It’s a real treat.

The only drawback to using DeepDream on a video such as this is that the algorithm tends to find new things to emphasize from frame-to-frame, making it difficult to pick out specific objects, animals, or other shapes before they fade right before your eyes. You’ll find yourself pausing and replaying sections just to confirm what you think you may have seen.

It’s a fun little experiment, and while the result hovers somewhere between hilarious and nightmarish, it’s worth watching.