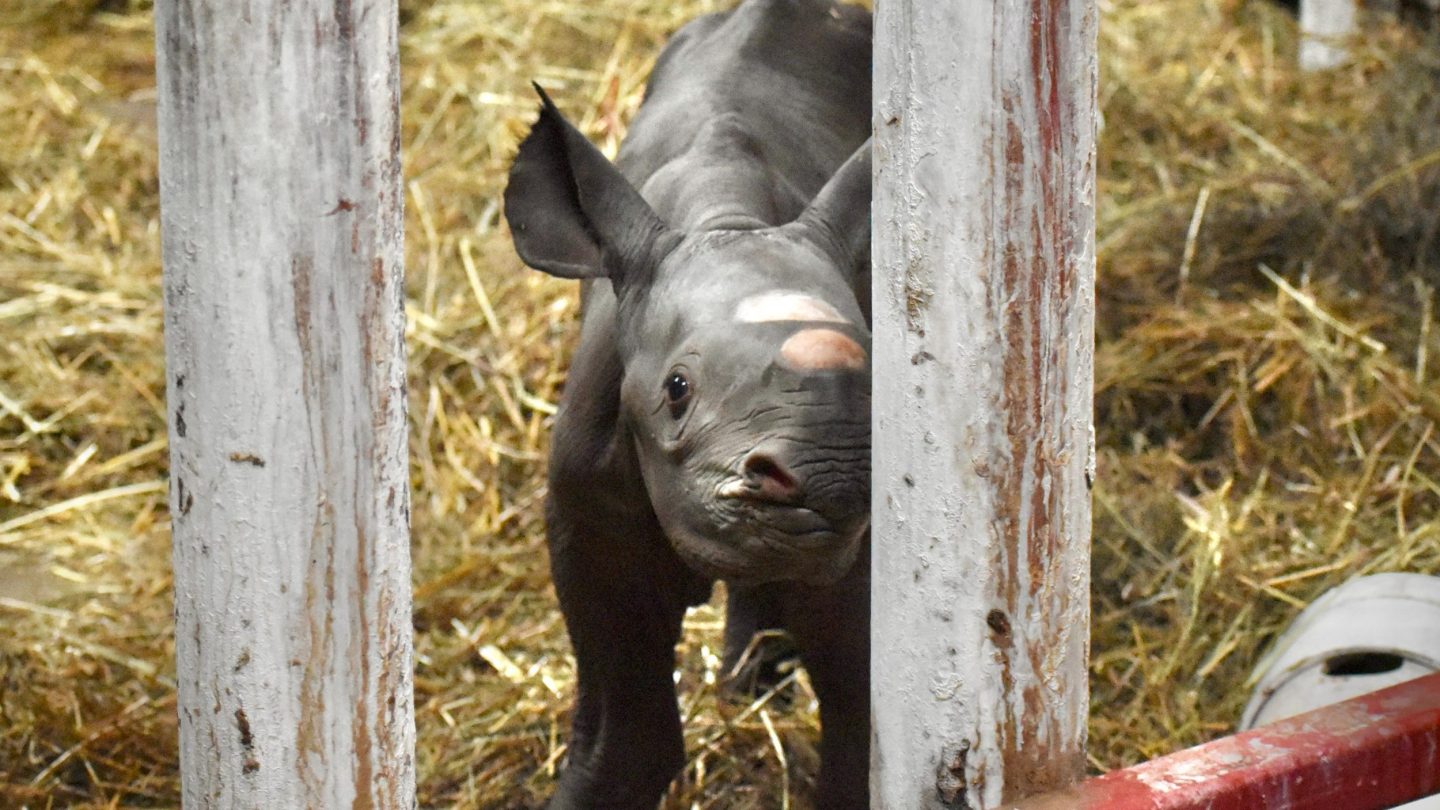 The staff of the Potter Park Zoo in Michigan has a new reason to believe in Christmas miracles, and it comes in the form of an adorable new baby black rhino. Black rhinos are a critically endangered species, having been hunted for decades by poaches, and it’s currently estimated that there are a mere 5,000 of the animals left in the wild today.

There are several zoos working on bolstering the number of animals alive in captivity, and the birth of the still-unnamed calf in Michigan is one small step in the right direction. The baby was born on Christmas Eve at 5:40 a.m., according to the zoo.

The mother of the calf, a 12-year-old female named Doppsee, had never given birth before, so it was an all-hands-on-deck scenario at the zoo despite the holidays.

“As this is Doppsee’s first pregnancy, the animal care and veterinary staff will continue to monitor Doppsee and her calf closely in the next few weeks,” Potter Park Zoo veterinarian Dr. Ronan Eustace said in a press release. “But so far, the rhino calf appears healthy and we have observed frequent nursing shortly after the birth, which is encouraging.”

The birth of the calf is a momentous occasion for the park and the black rhino conservation effort as a whole. As the park notes, fewer than two black rhino calves are born in captivity each year, and with total population numbers so low, every new birth is vital to the ongoing existence of the species.

“This is a monumental moment for Potter Park Zoo that has taken our staff years of planning and hard work,” Potter Park Zoo Director Cynthia Wagner said in a statement. “We are dedicated to conserving rhinos and couldn’t be more excited about this successful black rhino birth.”