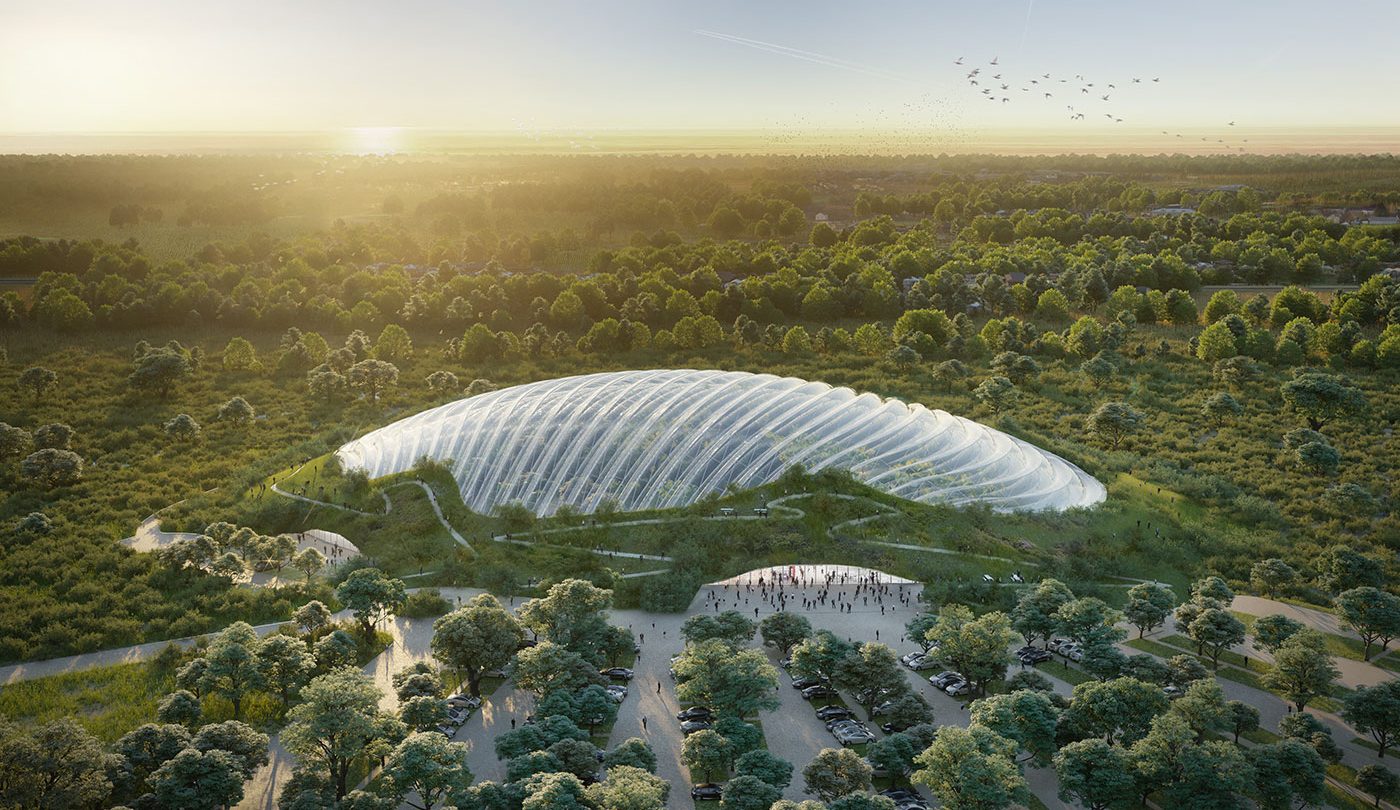 Remember Bio-Dome? Of course you do! It’s that classic 90s flick where Pauly Shore and Stephen Baldwin got into a whole heap of trouble by getting locked inside a huge scientific enclosure meant to mimic nature in its pristine, untouched majesty. Hijinks ensued and laughs were had by all, but the concept of a gigantic greenhouse is very much a reality, and a small town in France is about to get the largest one on the planet.

“Tropicalia” is a single-domed tropical greenhouse being built near northern France’s Opal Coast. It will span over 215,000 square feet and be covered by a massive, air-filled plastic barrier to protect it from the outside world. Inside, lush vegetation will dominate the ground and visitors will travel along a walking path that measures nearly three-quarters of a mile long.

Tropicalia will be a marriage of science and business. The facility will serve scientists in various research efforts, and staff will be on hand to ensure the flora and fauna are living their best lives. At the same time, the building will host tourists who can dine at its upscale restaurant and stay in the built-in hotel.

“This unique place will contain a diverse range of fauna and flora, butterflies, exotic flowers, hummingbirds, waterfalls, aquarium basins, fish, turtles, caimans and more,” its creators explain “Beyond the eminently exotic interior world, the sensation of complete immersion is made possible with the innovative architectural approach.”

The fact that it is being built in northern France, which regularly dips near the freezing point in the winter, highlights the technical achievement that the structure will be once completed. Walking from a frosty parking lot to a tropical jungle in a matter of minutes will definitely be an interesting experience for visitors.

The current timeline of the project sees construction beginning in 2019 and being wrapped up by 2021. The company behind the affair, Coldefy & Associates, estimates that up to half a million people will take the trip to Tropicalia every year, and if the facility turns out as nice as the concept renders suggest, that’s not hard to believe.