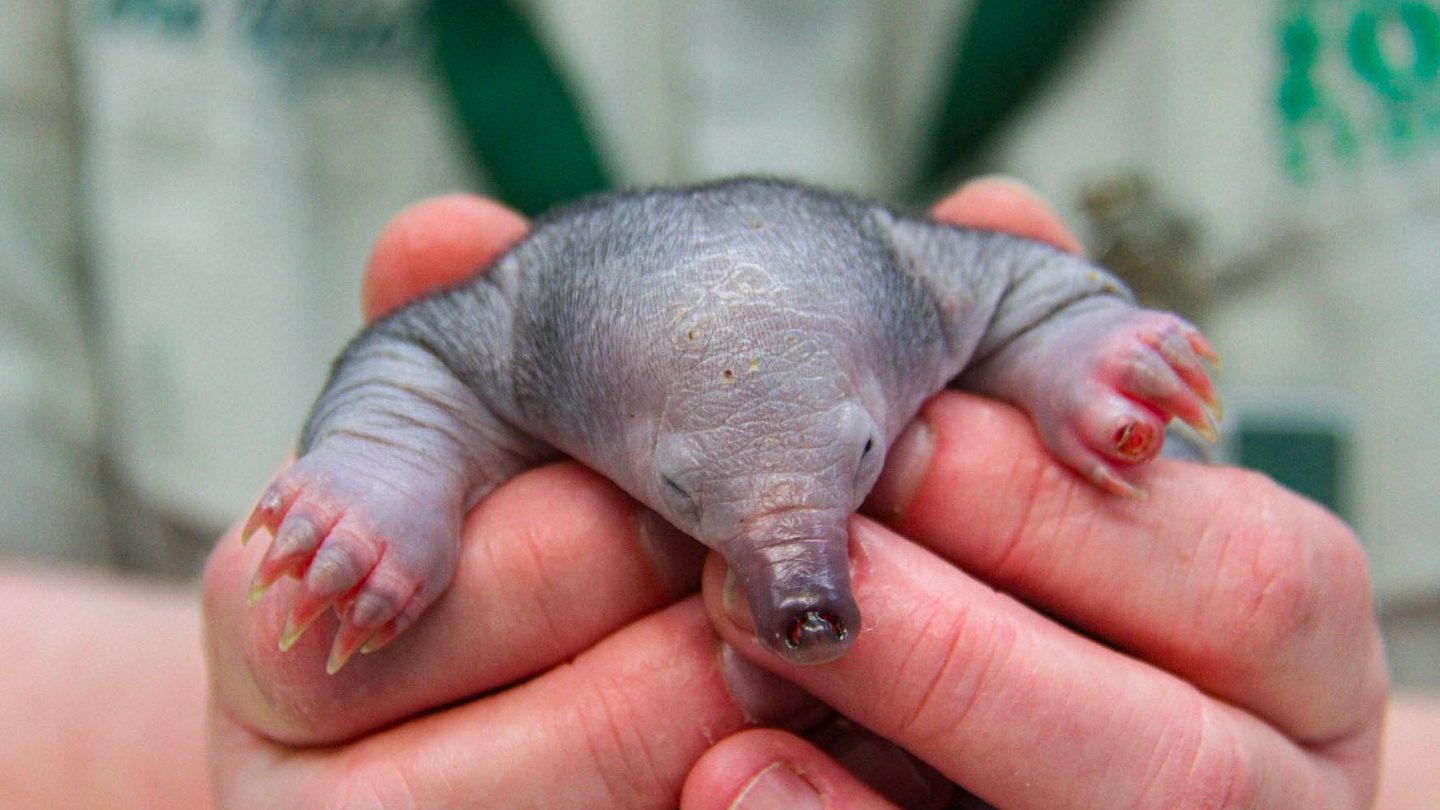 Imagine being so small you could fit into the palm of a human hand. Now imagine being so young that you have no defense against any threat that may emerge. Now imagine two predatory birds are trying to kill and eat you. Chances are you’re not making it out of that scenario alive, but an incredibly lucky baby echidna — also known as a spiny anteater — dealt with all of those hurdles and lived to tell the tale.

Not only that, the tiny mammal had to survive a 13-foot fall from a tree after being snatched by a bird. A battle between a raven and magpie over who would get to eat the little fella gave him enough time to escape, and he tumbled down onto the balcony of a home in Sydney, Australia. The homeowners recovered the baby echidna and it is now in the care of the Taronga Zoo.

The poor little puggle (which is apparently what they call baby echidnas, and that’s adorable) didn’t escape the ordeal unscathed. It reportedly had scratches and peck marks on its body and was a bit banged up from the 13-foot fall. But the tiny mammal pulled through and “has put on weight and started to develop fur,” according to a report by Reuters that quotes Taronga Zoo Senior Keeper Sarah Male.

“He was lost from his mum and the story is that some people were just sitting on their balcony one nice afternoon and they heard this thud and they looked down and they saw this little guy on the balcony,” Male told reporters. “And they’ve looked up into the tree and seen a raven and a magpie there.”

It’s still very young, but the echidna will eventually grow spines that help the adults to avoid predation in some instances. With its pointy snout, it’ll be an expert and lapping up tiny insects to eat and according to the Taronga Zoo, they plan on keeping it around until it’s old enough to feed itself and has a back full of spines. The zoo has apparently not decided whether or not it will be keeping the animal long-term or releasing it back into the wild at some point.

So, if you think you’ve had a bad day — and let’s be honest, a lot of us have been feeling that way lately — just remind yourself that at least you weren’t almost eaten before falling 13 feet onto the balcony of a house.