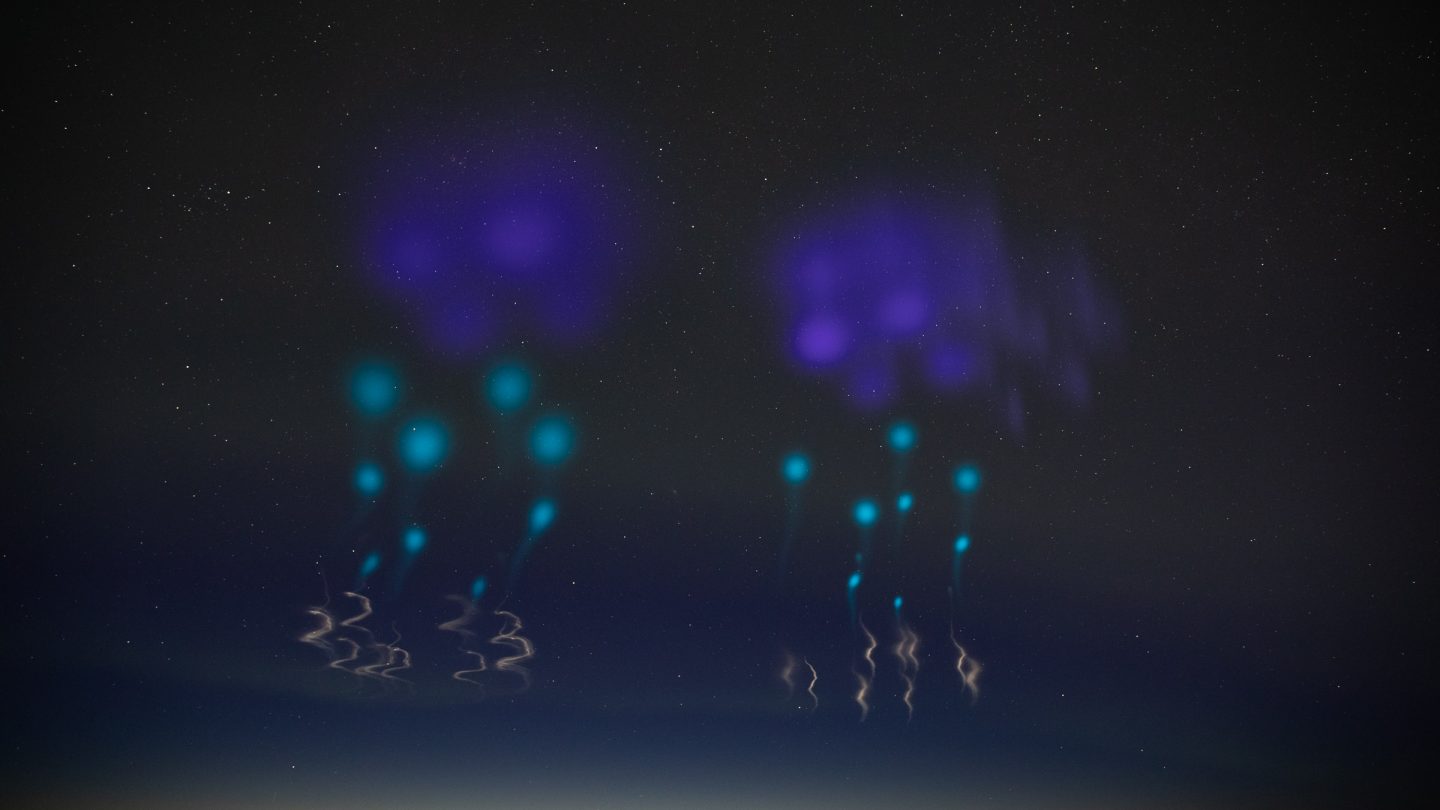 NASA has spent an incredible amount of time and money searching for evidence of extraterrestrial life, but it was NASA itself that caused some in Norway to believe they were witnessing an actual alien invasion. A recent test of NASA’s Auroral Zone Upwelling Rocket Experiment (AZURE for short) created a brilliant and colorful could display in the skies above Norway, catching the eyes of locals who had absolutely no idea what they were looking at.

One look at the images of the test, which was performed to help scientists better understand the mechanics of the upper reaches of Earth’s atmosphere, and it’s easy to see why some eyewitnesses described the sighting as looking “like an alien attack.”

The bizarre display was created by a pair of sounding rockets which were launched from a space center in Norway. The colorful clouds definitely look cool, but they’re actually providing incredibly valuable data for NASA scientists.

NASA summarized the mission as follows:

The AZURE mission is designed to make measurements of the atmospheric density and temperature with instruments on the rockets and deploying visible gas tracers, trimethyl aluminum (TMA) and a barium/strontium mixture, which ionizes when exposed to sunlight.

The towering clouds stretched between 70 and 150 miles into the sky, giving researchers a look at how particles in the upper reaches of the atmosphere move.

“The initial assessment from the field showed that the rockets were launched into a good science event and ground based photos/data of the vapor releases were obtained from at least two locations,” NASA explained in a followup statement. “Preliminary reports state that the scientist for the mission were very pleased with the results.”

The eye-catching clouds definitely caused a stir, and this won’t be the last time we see them. NASA is planning several more sounding rocket experiments over the next two years, giving scientists plenty of opportunity to study the mechanics at work in our planet’s atmosphere.