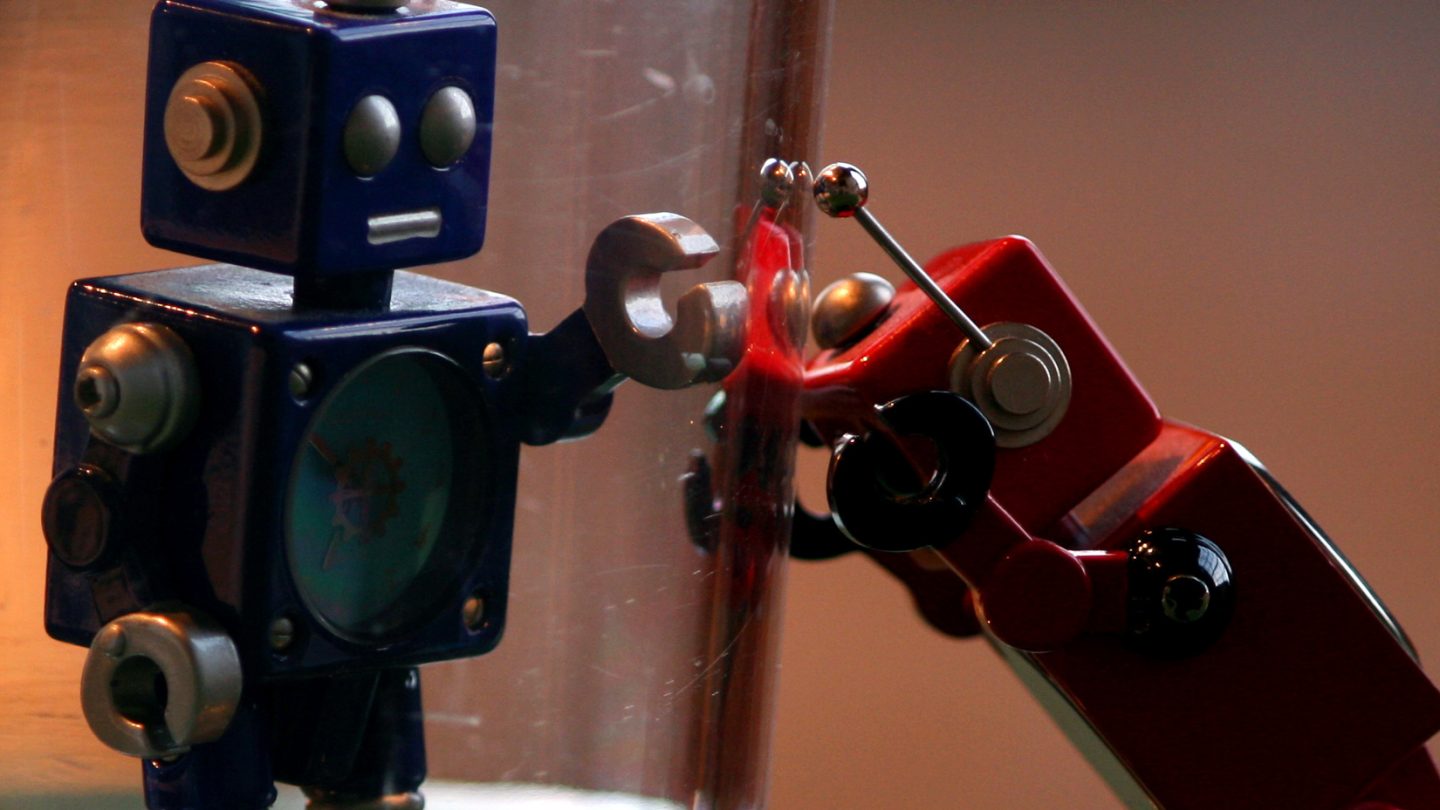 Have you ever experienced the dread of overhearing two people, speaking a language you don’t understand, begin laughing wildly? You just have to wonder what it is they’re talking about, and if it’s a joke at your expense. Heck, maybe you even check your teeth to make sure you aren’t walking around with half of your lunchtime ham sandwich stuck to your gums. Now, thanks to Elon Musk’s OpenAI lab, we’re one step closer to experiencing the exact same thing, only with software bots doing the talking.

As Wired reports, researchers at OpenAI have made some huge strides in getting bots to communicate with each other, and without actually telling them how to do so. The group published a research paper earlier this week explaining exactly how they were able to accomplish the complex task, and it’s all based on reinforcement learning.

Reinforcement learning is the same concept that many pet owners use to train their animals, and centers on rewarding correct behaviors. In the case of AI, it means knowing what actions help it in completing a task, and continuing to do them.

In OpenAI’s experiments, bots were assigned assigned colors, red, green, and blue. Then they were given a task, such as finding their way to a certain point in a flat, two-dimensional world. Without giving the three separate AI a dictionary of commands to help each other, the bots were force to create their own in order to achieve their goal. The bots successfully assigned text characters to represent themselves as well as actions and obstacles in the virtual space, sharing that information with each other until they all understood what was going on. Check out the video above to see the bots in action.