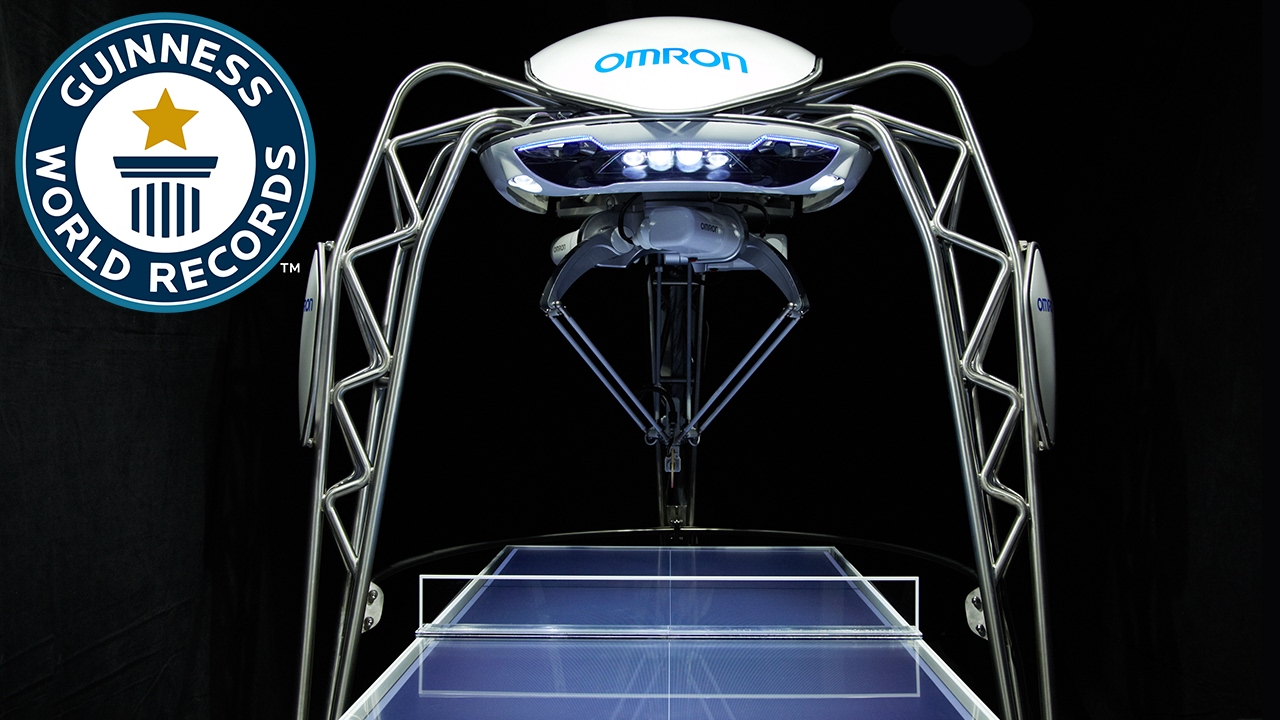 Guinness World Records has recognized a robot with a unique ability: a machine called FORPHEUS is officially the “first robot table tennis tutor.”

The contraption, which holds a ping pong paddle and can play against and even teach a human, taps artificial intelligence to determine the ability of its opponent. It uses two vision sensors to keep a robotic eye on the ball, as well as a movement sensor that focuses on the human player’s movement.

Cameras over the table keep track of the ball’s position at a rate of 80 times a second.

“Omron’s mission is a future where humans and machines harmonise together,” Tako Oya, the lead developer of the project at Omron Corporation, said in a video about the machine. “So to achieve this we produced a robot that can play table tennis.”

While the robot looks serious and perhaps even sinister on the outside, it can display positive messages on the artificial net of the ping pong table, saying things like “Good job! Hang in there!”

“At the moment it is a human who teaches a robot how to behave or teach,” Taku added in the video, “but in the next 20 years it may be possible that a robot teaches a robot or a robot develops a robot.”

Guinness World Record described the robot’s abilities on its website.