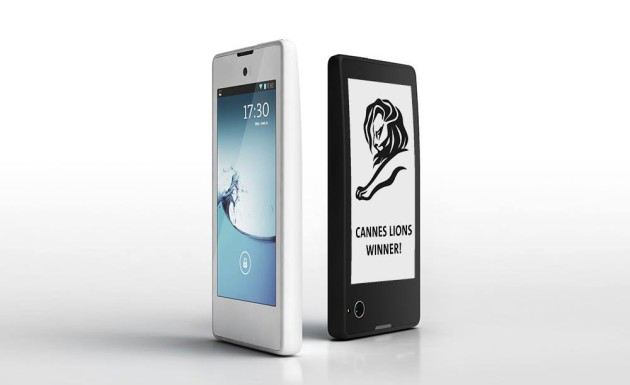 Following the original YotaPhone, which started selling in December 2013, a new-generation device may be unveiled at MWC 2014. Hi-Tech.Mail.Ru reports that the new smartphone is expected to be better than its predecessor in every way. The YotaPhone 2 may be announced as soon as February 24th, although there aren’t many details about the smartphone yet.

Just like its predecessor, the YotaPhone 2 should have two displays, a regular touchscreen on one side, and an E-Ink display on the other side. Both displays are expected to be bigger, with the E-Ink one also getting full touch capabilities.

The original YotaPhone packed a 4.3-inch screen display with a resolution of 1280 x 720 pixels and an E-Ink screen with 640 x 360 pixels resolution on the back. Other features include 1.7GHz dual-core Qualcomm Snapdragon processor, 2GB of RAM, up to 64GB of storage, 13-megapixel camera, 1-megapixel front-facing camera, 1800mAh battery, Wi-Fi, Bluetooth and LTE support and Android 4.2.2 Jelly Bean under the hood.

In less than two months, some 12,000 YotaPhone units were sold, the publication reports, with most of them being picked up by Russian smartphone buyers.