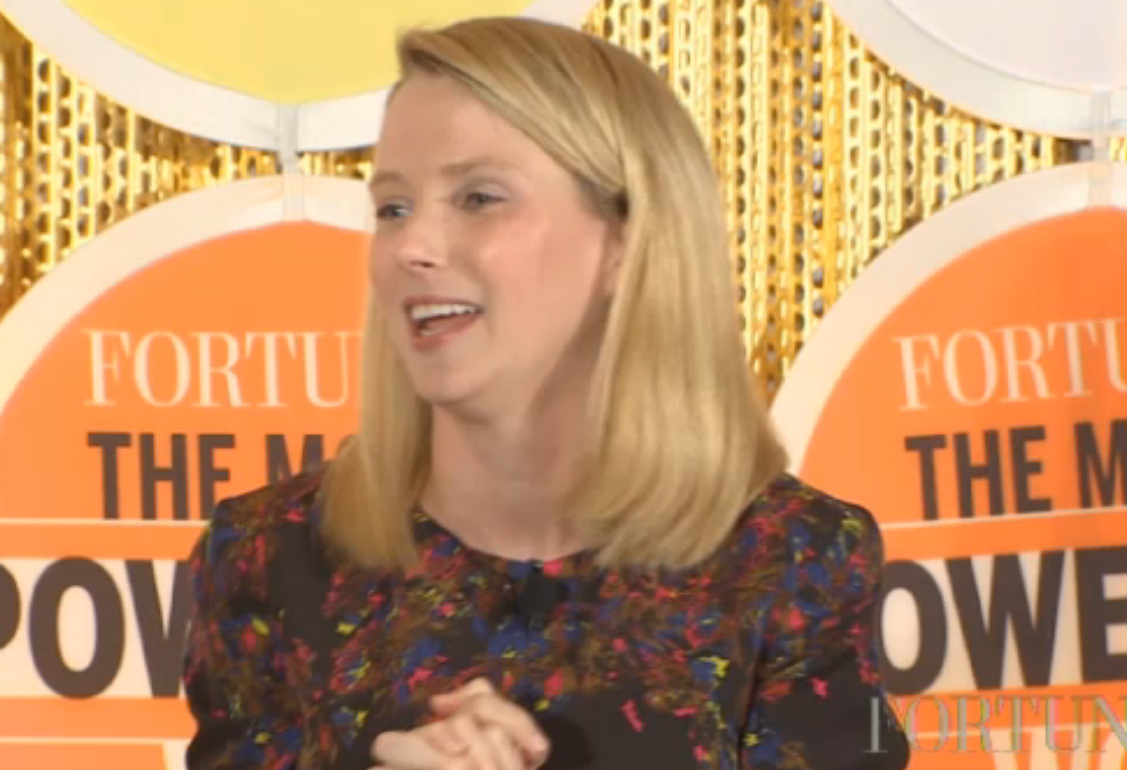 It’s fairly safe to say that RIM (RIMM) won’t be inviting Yahoo (YHOO) CEO Marissa Mayer to the grand BlackBerry 10 launch early next year. In an interview with Fortune on Tuesday, Mayer reiterated that her company is moving away from using BlackBerry devices. But she also went a step further to rub salt in RIM’s wounds by stating repeatedly that she wants her employees to move “from BlackBerries to smartphones,” with the implication that BlackBerry devices no longer count as smartphones.

“One of the really important things for Yahoo’s strategy moving forward is mobile,” she said. “So it was really important that our engineers, our salespeople, really everyone throughout our whole organization really understand Android, iPhones, and, you know, Windows 8 and really get a sense of what’s happening there and how to create an amazing experience… so we decided we wanted to get everyone upgraded to smartphones.”

Although BlackBerry devices are obviously still smartphones, the fact that the company hasn’t released a new phone for the last year has left even of its longtime users feeling that their devices are no longer adequate. CIO writer Al Sacco, a BlackBerry loyalist for years, admitted recently that he now carries both a BlackBerry and an Android phone because RIM isn’t meeting all his mobile device needs anymore. Not to be too obvious, but RIM really needs to release BlackBerry 10.