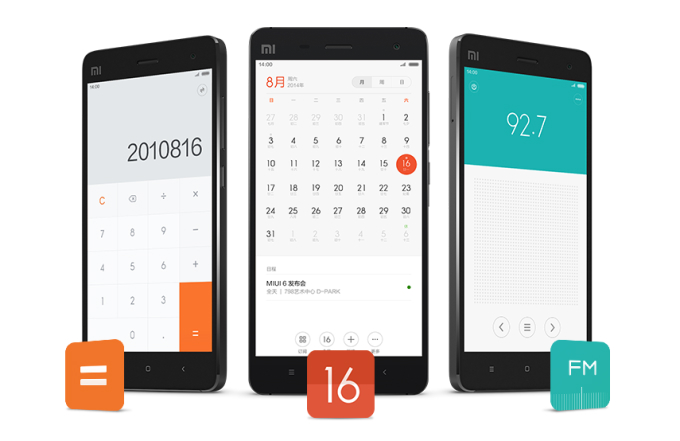 Xiaomi is making the job of former Googler Hugo Barra more and more difficult when it comes to denying copycat claims that say Xiaomi products look too much like their Apple-made alter egos. After launching the Mi iPad a few months ago, which is basically a nearly identical iPad mini clone, Xiaomi is now releasing MIUI 6, its latest Android-based operating system that looks very much like iOS 7, TechCrunch reveals.

Even though it retains some of the features MIUI already had to offer users in previous versions, MIUI 6 looks very much like an Androidified version of iOS 7 when it comes to certain elements. Sure, it’s not anything as faithful as the iOS 7-based UI skin made for those iPhone 6 clones running Android, but it’s still close to Apple’s mobile OS.

The same simplistic approach as the one used in iOS 7, the same color pattern, and strikingly similar design for apps including calendar, compass and calculator are present in MIUI 6.

Barra will again have to tell the world that such accusations are just “sensational, sweeping statements before actually seeing our products and playing with them,” but that won’t change the fact that MIUI 6 phones will look rather iPhoney.

On the other hand, Xiaomi is certainly doing something right, having just bested Samsung in China and to become the top smartphone vendor in the largest mobile market in the world.

More images showing MIUI 6 are available at the source links.