I know Black Friday is still a month away, but some of the better deals are already starting to leak out. The latest company to throw caution (and any semblance of secrecy) to the winds is Dell, which has some killer deals on non-Dell products.

The headline deal, which will be an online exclusive starting 9PM on the eve of Black Friday, is an Xbox One S bundle. For $250, you get a 500GB Xbox One S, Battlefield 1, and a spare Xbox wireless controller. Those bundles normally go for around $375, so that’s a saving worth having.

Dell is using the big discounts to try and get people to join its version of Amazon Prime, named Dell Advantage. If you join, you can get early access to the deals and get your hands on stuff before it sells out.

As you’d expect from Dell, there will also be deals on the company’s PCs. The flagship XPS 15 gaming laptop will be $200 off, and the even more popular XPS 13, one of the best Windows notebooks around, will be on a $150 discount on Cyber Monday. If you’ve been put off by the new MacBook Pros, Dell’s light, well-specced machines could be worth a look. 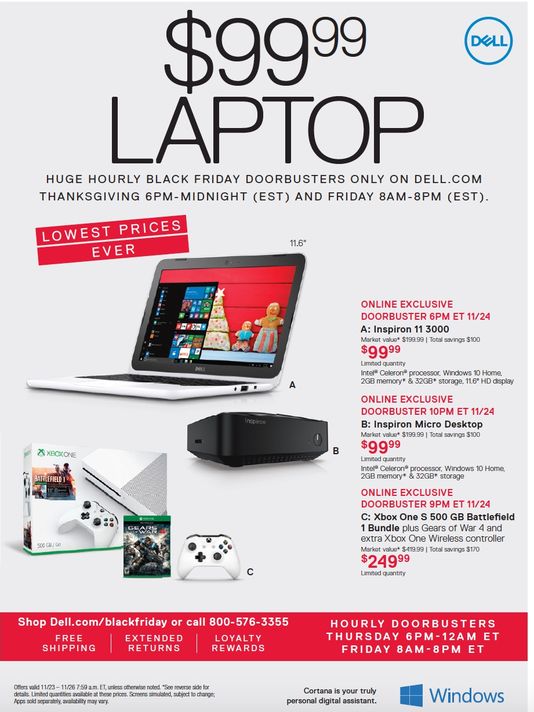