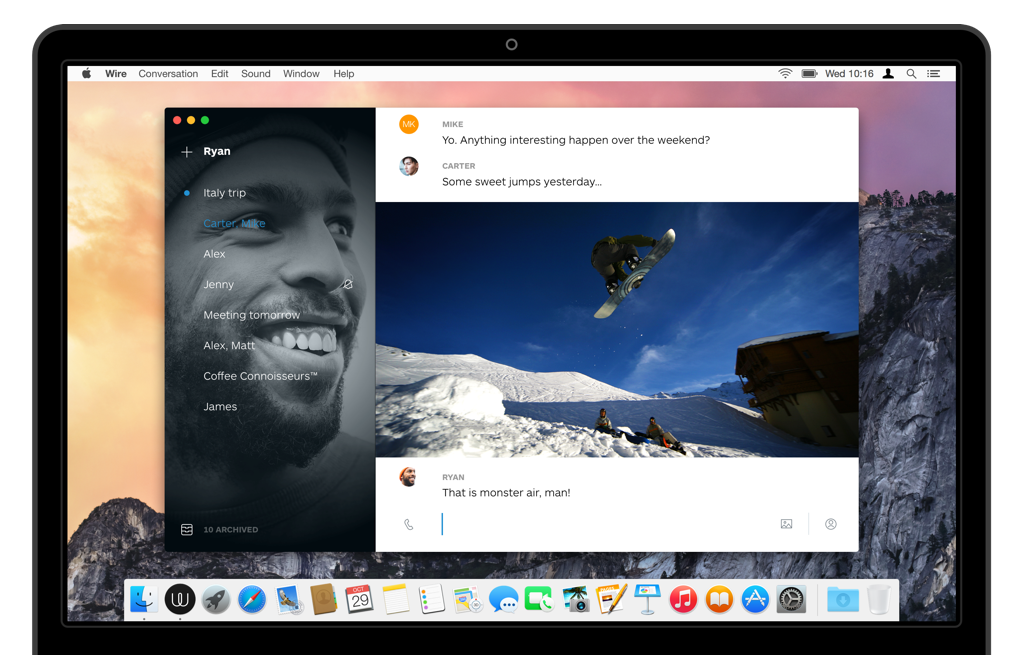 Over the past few years, countless chat applications have been made available on our computers and mobile devices, from Kik, WhatsApp, LINE and Viber to Skype Qik and Facebook Messenger. It’s an extraordinarily crowded, competitive field, but an app called Wire, hitting iOS, Android and OS X this week, might stand a chance of toppling them all.

TechCrunch reported on Wednesday that Skype co-founder Janus Friis would be backing Wire, an app which was designed with modern day expectations in mind. It has a simple, beautiful design, one which is sure to attract anyone who stumbles across it, but the technology powering Wire will be the reason it finds a permanent place on their phones and computers.

“Skype was launched more than a decade ago. A lot has changed since then – we are all used to free calls and texting, and we have taken to carrying our computers in our pockets,” said Friis in a statement about Wire’s launch. “It is time to create the best possible communication tools, as beautiful as they are useful,” he says. “Wire is just that.”

Wire’s team has an impressive pedigree, previously employed by such companies as Apple, Microsoft and, of course, Skype. But Wire won’t be able to replace Skype quite yet. At launch, Wire users will be capable of sharing text, pictures, GIFs, audio and media from third-party sources, but video support is still incoming.

“We looked at every single aspect of the landscape,” Wire co-founder and CEO Jonathan Christensen said. “We had the context and the history having been in this for quite a long time and having seen the pain points,” he says. “We took all of them apart, and rebuilt them the way they should be built…we hope.”

You can download Wire free on the App Store, Google Play and Mac OS X. Head to Wire.com for download links.