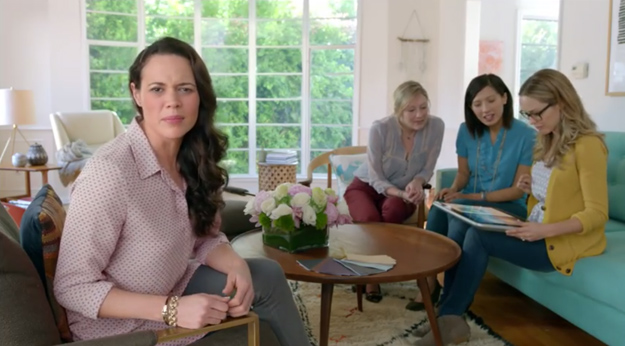 Microsoft and Apple have been exchanging blows in TV commercials for years. In recent history, Apple’s “I’m a Mac” ad campaign was the height of the advertising rivalry, but the Mac maker has since backed off as its focus shifted to its more recent mobile devices. Microsoft isn’t done throwing friendly jabs toward its longtime rival, however, and its latest ad suggests that Apple’s Mac computer lineup should be more like… Windows 8.

In a new commercial titled “Honestly: Wedding Planner” that began airing in late February, a woman explains why she decided to purchase a Windows 8-powered all-in-one PC instead of a Mac.

“Honestly, I was gonna get a Mac. But Macs still don’t have touchscreens,” the commercial begins. “So I got a new Windows all-in-one.”

The spot goes on to explain the many advantages of a touchscreen computer powered by Microsoft’s latest Windows platform, which is touch-friendly and available on computers that are more affordable than Macs. It also pokes at Apple’s popular iPad tablet, noting that the large 20-inch display on HP’s Envy Rove 20 all-in-one computer is much better for sharing info than the iPad’s tiny screen.

The full commercial is embedded below.