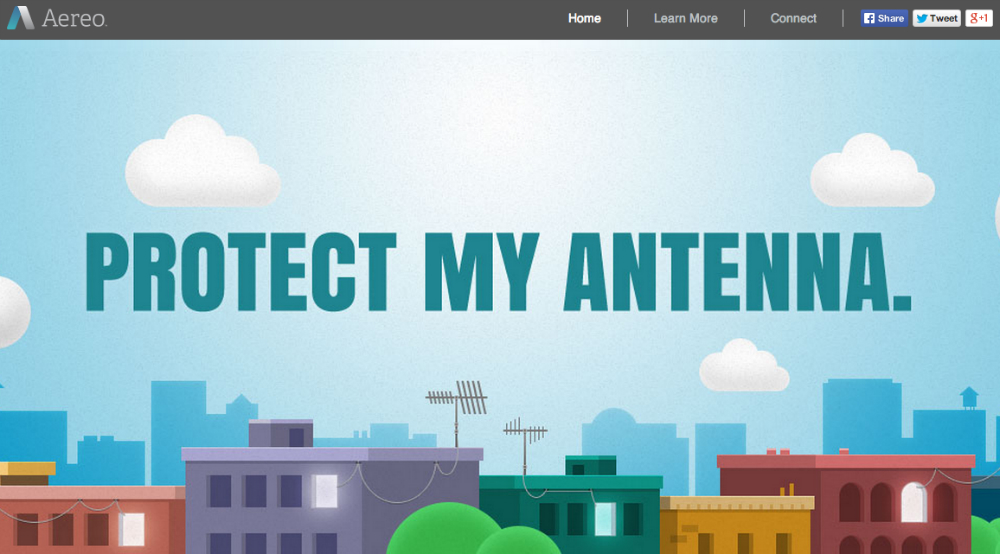 In a last effort before its April 22nd hearing, Aereo is defending its service in a “media blitz,” as Re/code calls it, whose purpose is to better inform everyone that its business isn’t infringing on any copyright laws. The company will explain next week to the Supreme Court why its services are legal, in its view, and why they aren’t violating the copyright o broadcasters.

The company has put up a special Protect My Antenna site that shows Aereo’s main arguments for the hearing. The company says that customers should benefit from the same privileges they always had when it comes to watching over-the-air free television, and recording those programs for personal use, even if they’re able to do so using modern television-watching means that involve a remote antenna, DVR and the cloud.

“Broadcasters should not be able to use the Courts to drive forward what they believe are their most lucrative business models,” the company writes.

In addition to the special website, Aereo’s CEO Chet Kanojia went on Katie Couric’s Yahoo News show to defend his company. He also said that there’s no real plan for Aereo in case it loses its case, while also claiming that the technology Aereo developed is interesting to many potential buyers.

“It’s a very depressing thing when you’re acquired,” Kanojia said. “The moment you realize you are no longer doing what you really love to do and you have to go sit in a meeting with some suit … who’s going to tell you how it’s going to be and make your life miserable, it’s just depressing.”

A decision in the Aereo case will be released at some point this June.