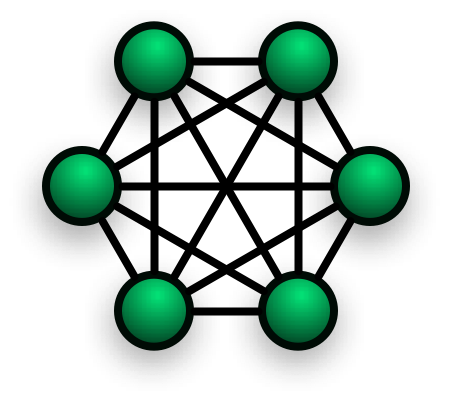 If you want to connect to the Internet today, you need to connect to one of the major ISPs, such as Comcast, Verizon, or AT&T. These companies are not exactly everyone’s favorites, but what if you could connect to the internet by connecting to a network of nearby computers instead? Well, that’s the idea behind mesh networking, a fascinating technology that could become much more mainstream, thanks to Apple’s inclusion of it in iOS 7.

With mesh networking, every device on the network becomes a node through which Internet traffic can flow. If one person drops out of the network, the whole network won’t go down. A mesh network can be completely isolated from the Internet to create an internal network, although that likely wouldn’t be too useful. But if at least one person on the mesh network is connected to the larger internet, in theory everyone should be able to then connect to the internet. If multiple people are connected to the larger Internet, it doesn’t matter which ISP they are using.

As Primavera De Filippi points out in Wired, mesh networking could alter the way we think about connecting to the internet. Although it hasn’t taken off yet, De Filippi notes three different projects—the Serval project in Australia, Open Mesh Project in Egypt, and the Open Technology Institute’s Commotion Wireless project—that are taking mesh networking seriously and argues that we should as well.