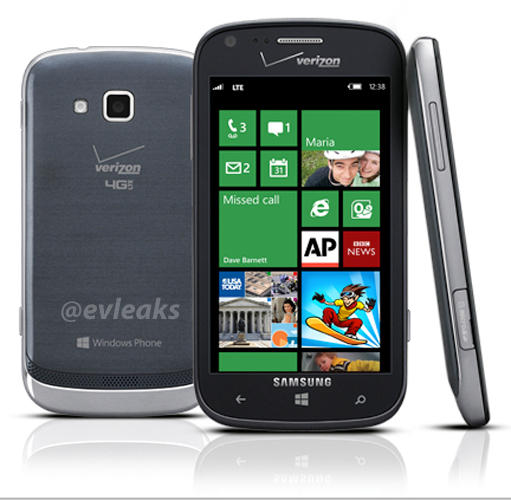 Looking for a Windows Phone 8 device with less color? Announced at the Windows Phone 8 launch by Microsoft (MSFT) CEO Steve Ballmer, the Samsung (005930) ATIV Odyssey has been a tough smartphone nail down. The always-reliable Evleaks has released a press shot of the handset showing off a Samsung Galaxy S III-inspired device with Verizon (VZ) carrier branding. In terms of specs, PhoneArena believes the ATIV Odyssey will be a variant of the ATIV S and is rumored to have a 4.8-inch Super AMOLED display, 1.5GHz Snapdragon S4 Plus dual-core processor, Adreno 225 GPU, 1GB of RAM, 16GB internal storage and an 8-megapixel rear camera with LED flash. The LTE-equipped smartphone is expected to arrive on Verizon by the end of December.