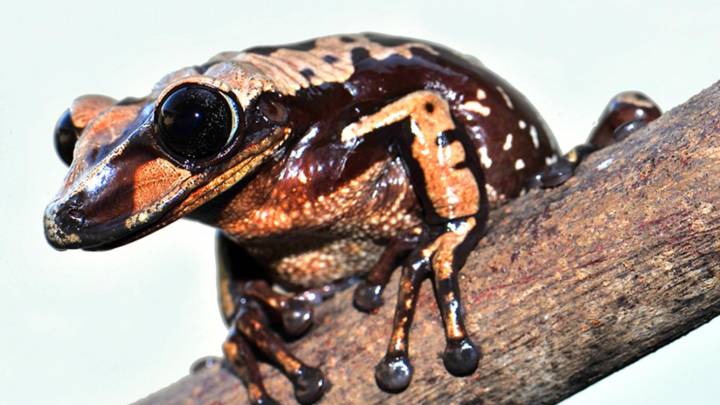 Yes, there are some very poisonous frogs in the world. But it turns out researchers had no idea how scary some of these frogs were until recently when they discovered frogs that can deliver venom to an attacker using spikes that protrude from their heads. And here’s the craziest part: One gram of venom is enough to kill as many as 80 humans or 300,000 mice.

There are the first frogs that can deliver venom to an attacker via sharp spines from their heads that deliver venom via poison glands, making them unique among poisonous frogs. All other poisonous frogs don’t actually actively deliver toxins, which is why they’re not classified as venomous in the same way that snakes are.

Researchers discovered these frogs’ venomous spikes by accident while studying some of the less-toxic frogs for research. The less-dangerous of the two injured Butantan Institute researcher Carlos Jared, who subsequently suffered intense, radiating pain for five hours, the IBTimes reports.

A. brunoi has an orange-and-brown coloration and spends most of its time in the humidity of rain forests. Meanwhile, the C. greeningi likes dry and rocky surroundings.

More details about these frogs are available in the study published in Current Biology.