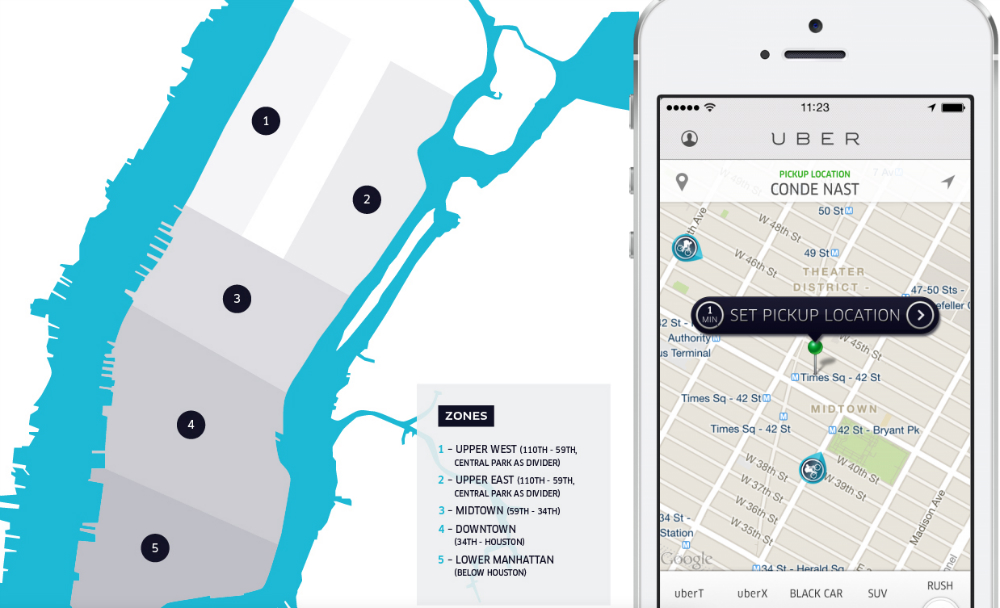 Uber is not happy simply “shipping” people from place to place with its transportation services. As it turns out, the company may also be interested in shipping goods as well. Before taking on larger projects, Uber is deploying an interesting UberRUSH service that will offer same-day deliveries of certain goods in Manhattan, using bike riders and foot messengers.

“RUSH is an experiment that we’re rolling out from the Uber Garage – our workshop of sorts where we tinker with new ideas for urban logistics,” the company wrote on its blog.

The island is divided in five zones, with same-zone delivery costing a flat $15. Each zone crossed during delivery adds $5 to the final bill, while more complex trips may result in higher fares. The service will be available from Monday through Friday, from 8 a.m. to 6 p.m., with zones including “all of Manhattan bellow 110th.” However, Uber wants to further expand coverage in the future.

Interested buyers can simply ask for a messenger using the app, and then track down the progress of the delivery on a map. However, what messengers won’t do is purchase items for the client. One other limitation is that messengers will only be allowed to carry certain items, at least at first, and Uber will guarantee lost or damaged items up to $250, excluding restricted items.

But Wired rightly points out that Uber’s RUSH initiative may have a bigger goal in mind: the elusive same-day deliveries that many retailers are interested in offering to their online customers. Amazon, for example, has a plan to offer same-day deliveries with help of drones, although it may be a while until its unmanned delivery drones will take off.

“It’s hardly surprising, then, that Uber would start with couriers on bikes and on foot,” Wired writes. “In fact, it’s the smartest thing Uber could have done. Bike messengers are a super-low risk way to prototype what a full-on motorized delivery service would look like — kind of a wireframe in real life. Uber can work out all the basic logistical math without having to deal with all the technical and organizational difficulties, not to mention controversies, that would be inevitable if the company jumped right in with cars and trucks. A bike-based service is easy to tweak, and if it doesn’t work, it’s easy to ditch. And if it does work, Uber can just keep scaling until those self-driving cars actually hit the road.”