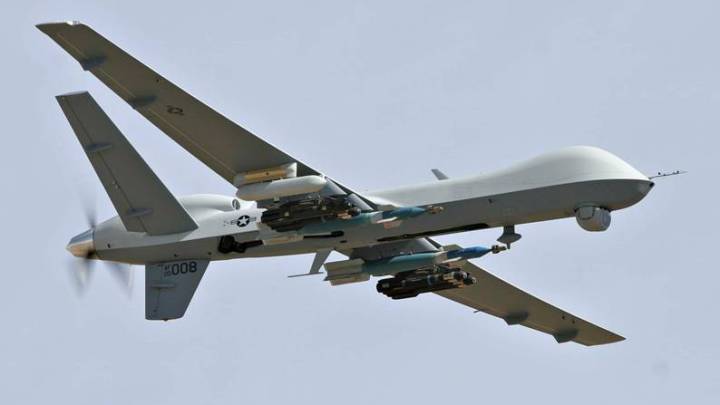 While drones becomes more prevalent, U.S. Army engineers are testing technology that can be used to blast potentially hostile unmanned aerial systems (UAVs) out of the sky. The Extended Area Protection and Survivability Integrated Demonstration program (EAPS ID) at Picatinny Arsenal in New Jersey has been developing a gun-based solution to defend against C-RAM (counter rockets, artillery, and mortars) technology, according to a U.S. Army press release.

Drones have been in the news recently, especially in cases of drones being flown near the White House. This prevalence of potential drone threats has made this kind of research a priority, according to Manfredi Luciano, the project officer for the EAPS system.

Luciano said it is “unbelievable” just how much drone use has “exploded.”

“Every country has them now, whether they are armed or not or what level of performance,” he said. “This is a huge threat has been coming up on everybody. It has kind of almost sneaked up on people,and it’s almost more important than the counter-RAM threat.”

The world’s inventory of unmanned aircraft systems has grown from about “20 system types and 800 aircraft” back in 1999 to more than 200 system types and around 10,000 drones in 2010, according to Nancy Elliott, U.S. Army’s Fires Center of Excellence spokeswoman.

The primary defense approach for the Indirect Fire Protection Capability Increment 2 Intercept Program of Record is a missile-based C-RAM defense system, but the Army intends to develop a gun-based alternative.

This is envisioned to be a 50mm cannon that would launch guided missiles. The cannon would include a precision-tracking radar sensor, a radio frequency transmitter and receiver, and a fire control computer, according to the release.

“In order to minimize the electronics on board the interceptor and to make it cheaper, all the ‘smarts’ are basically done on the ground station,” Luciano added. “The computations are done on the ground, and the radio frequency sends the information up to the round.”

The Army carried out an integrated system test on April 22, blasting a class 2 unmanned aerial system (UAS) mid-air. The test was designed to show that guided ammunition could intercept and take down aerial threats, Luciano asserted. He said that an upcoming test will involve the interception of an UAS under a “more difficult engagement scenario.”

This technology could possibly be used by both the Army and Navy air defense systems, Luciano said.