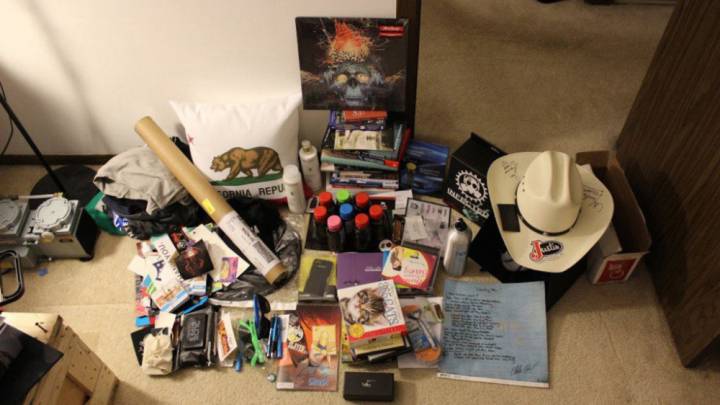 Social networks like Twitter and Facebook are often used for marketing, and many accounts hold contests to generate buzz around a product or event. Anyone can enter them and win the prizes, but one man took it upon himself to create a Twitter bot that would automatically enter every contest it could find, without raising any flags.

Hunter Scott, the man behind this unusual achievement, created a Python script for the project. The bot logged into Twitter, followed accounts and retweeted tweets to enter all the contests it could find. Scott revealed in a post on Quartz that the main problem with the bot was bypassing Twitter’s rules regarding retweets and follows. Twitter’s rules aren’t very clear, so he had to figure it out by trial and error.

As for the prizes, most of them were either digital products (think logos, images, in-game currency and beta codes for Destiny) or crap you wouldn’t necessarily need to win in the first place – check out the top image to see the winnings.

“My favorite thing that I won was a cowboy hat autographed by the stars of a Mexican soap opera that I had never heard of,” Scott wrote. “I love it because it really embodies the totally random outcome of these contests.”

The most valuable thing Scott won – but didn’t claim – was a contest for New York Fashion Week that offered winners a limo ride to the show if you lived in a state near New York, and $500 spending money each for the winner and the accompanying friend.

Scott’s full story on how he created a Twitter contest winning machine is available at the source links.